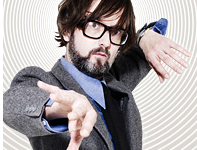 This morning, Mark Thompson, Director General of the BBC, announced to staff that the rumoured cuts to BBC programming are indeed to take place.  6 Music will close some time around the end of 2011, along with the BBC Asian network and other services.

In a move that Thompson asserted was intended to “put quality first” the only BBC station to offer airplay to the best of new exciting, sometimes unsigned music will be consigned to the scrap heap, in what Phil Jupitus has described, quite rightly, as “an act of cultural vandalism”.

According to the BBC website, “The strategy review has now been submitted to the BBC Trust and a public consultation period will take place”, but if all goes according to plan we will lose the best conduit of good music we have.

Emmy The Great was swift to remind her fans that there’s still plenty of time to protest: “Although the proposal to axe the station has been confirmed, to quote Chris Addison on Twitter, it’s not over yet. The decision to axe 6music and the Asian Network still has to be upheld by the BBC trust”  Emailing [email protected] with your objections to the closure of 6 Music is the next step in fighting this ridiculous decision.

Let’s hope the force of public outrage will turn around this decision, which undoubtedly puts quality last.

← End of the Road announce line-up additions and Union Chapel gig
Save 6 Music: Your letters to the BBC Trustees →

2 comments for “BBC Confirms 6Music to be axed”