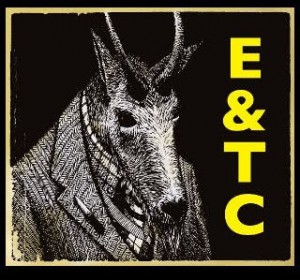 You can tell when a band has thought hard about their name. And when they do it, it is more often than not because they have some interesting work to deliver. This is the case of Erland and The Carnival. ‘Erland’ is for Erland Cooper — the band’s guitarist and vocalist from the Orkneys. The Carnival is formed by multi-instrumentalist Simon Tong (formerly from The Verve, Blur, and The Good, The Bad & The Queen) and drums, percussions and keyboards by David Nock of The Cult and The Fireman. There are, however, no egos in this mix. Such is the disassociation of their tracks to themselves that they have chosen to make folk covers for their debut album, Erland and The Carnival. But, listen up, because these are no ordinary tributes.

‘Love is a Killing Thing’ kicks off softly and in-crescendo to finish off with a burst of synthesizer mania, an ode to freak carnivalesque shows. ‘You Don’t Have to Be Lonely’ is a beautiful crochet work of guitars and heavy keyboards. Leonard Cohen’s ‘Disturbed This Morning’ is a twinkling and bohemian vision of the poem while ‘The Derby Ram’ cannot be more uplifting than getting a ride on Clint Eastwood’s horse – such is the richness of arrangements and coolness of the tone.

Recorded at Damon Albarn’s Studio 13, Erland and The Carnival’s debut is supreme in production. The crystal clarity and spatial acumen in the recording of the instrumentation and vocals is a brilliant work of dissection; each part so neatly defined and falling into one body at the same time. Erland and The Carnival should have no trouble finding customers to jump on their funfair rides.

Erland & The Carnival are about to embark on an extensive tour taking in the following dates:

3 comments for “Album: Erland and The Carnival”