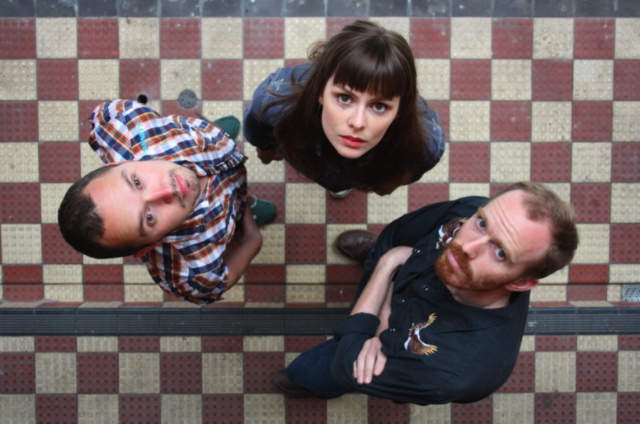 Rushing to get to a venue for 6:20 to see the support act may seem a bit strange, but that’s what we did, as Sparrow & the Workshop were supporting Idlewild at a venue in Wimbledon that was seemingly run by the elderly. The headliners finished playing by 8:30 and everyone was promptly thrown out. It was actually pretty brilliant to be able to have a night out and a night in, but that’s neither here nor there.

Sparrow and the Workshop came out, got set up and waited for the DJ — who was apparently too emotionally attached to the Jeff Buckley song he was playing to fade it out — to turn the music off. Once he did they started with the rather excellent ‘Into the Wild’, a song that encapsulates what’s so good about the band, great country-folk melodies and harmonies with a raucous backbone.

Each musician in Sparrow & the Workshop brings their own musical ingredient. Frontwoman and acoustic guitarist Jill O’Sullivan’s country vocals are cuttingly pure — but more haunting banshee than soothing angel. Gregor Donaldson is a phenomenal drummer, his dexterity is sometimes astonishing. As well as that he’s that most elusive of things, a singing percussionist, whose warm Scottish baritone adds harmonic depth to Jill’s vocals. Guitarist and bassist Nick Packer scuzzes things up nicely with a layer of distortion and noise.

Sparrow & the Workshop don’t sound like any other band. Rather than melding together, their clear influences sit separately to form a unique layered sound, which really comes into its own in a live setting.