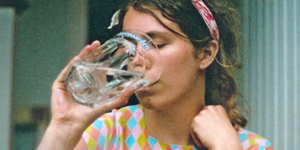 Vinyl is awesome. I’m a sucker for the ceremony and (beyond that epic sound) vinyl records provide a pretty amazing canvas for artwork. We thought we’d make the most of that for Rachael Dadd’s new mini-album Moth In The Motor.

Rachael Dadd is a musician I’ve loved since my very first encounter with her. She’s a true DIY artist — recording at home, designing her own CD covers and sewing individual bags to house them. As a (way beyond the realms of obsessive) music fan, I still find myself showing off the handmade CDs I bought from Rachael a year ago. Even if there was nothing on the CDs at all, I’d have been happy enough with the visual alone. Luckily they were packed full of enough awesomeness to keep both my ears and eyes equally chuffed.

When it came to releasing her new Moth In The Motor mini album, it was obvious that a departure from this would be nothing short of the-most-unforgivable-thing-in-the-whole-world-ever. The title track is a subtly anarchic jab at unnecessary mass production, and a celebration of what can be achieved by collective hands & minds. It was a combination of this, Rachael’s love of art, and our desire to sustain that feeling we got from Rachael’s DIY releases that prompted us to launch the Moth In The Motor Arts Project.

The plan was to invite some of our favourite artists to create ‘one of a kind’ sleeves for the 10″ vinyl release. The artist sets the price of his or her work, and all the profits go direct to the artist. We’d hoped that this would be an opportunity to showcase talented hands and to create something that’s as appealing to the eyes as it is to the ears.

Thanks to the passion and talents of the artists involved, it seems to have worked. It’s been a great opportunity for us to tap up artists we’ve long admired from afar (Paul Alp, Jess Douglas)…some of our favourite musicians (including Alessi’s Ark)…to make some great new discoveries (NeltonMandelton, Jaaja Kumino Nobata)…and to revisit old heroes (such as Benjamin Phillips who was behind the amazing artwork on our Peggy Sue EPs). We’ve now received over 100 designs, have just packed up an exhibition at Cafe Oto, and I’m massively happy to announce a week-long exhibition at The Foundry which opens up on March 16th. Hurrah.

Outside music, Rachael is an accomplished textiles & linocut artist. The bags which provided a home to her earlier DIY releases were works of art in their own right, and having recently returned home from her Heads and Tails exhibition in Japan she was keen to add her personal touch to the new record. Heads and Tails is a collection of Rachael’s linocut prints, all fantasy animals which she dreamt up and tirelessly made whole. Upon her return to our shores the original linocuts were put to use to make the sleeves for an extra 200 limited edition Moth In The Motor records- each one different and hand printed. A true labour of love.

The Moth In The Motor exhibition runs at The Foundry (Old Street) from 16th-22nd March, with incidental music from Rachael Dadd & friends on Thursday 18th. You can see all of the designs at www.brokensoundmusic.com/moth.htm.

The Making of The Moth and the Motor 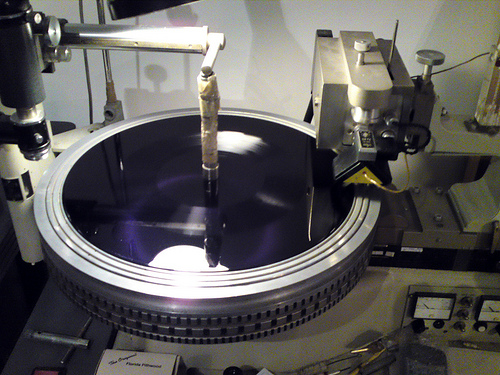 The 10" is cut onto acetate 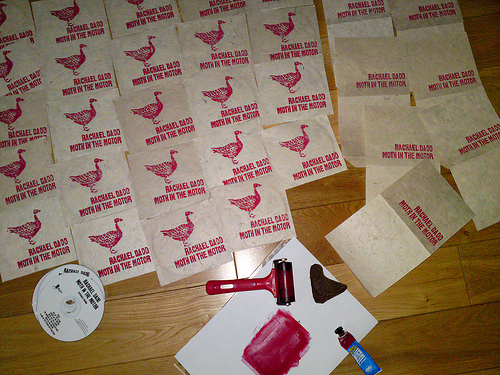 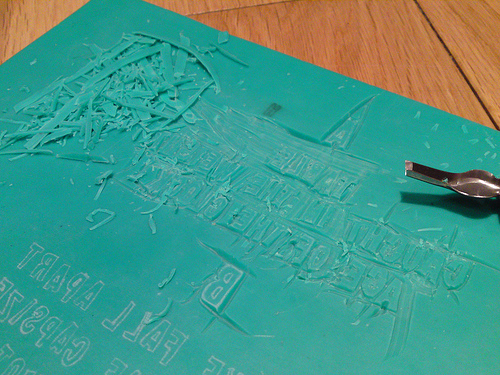 Cutting the lino for the back 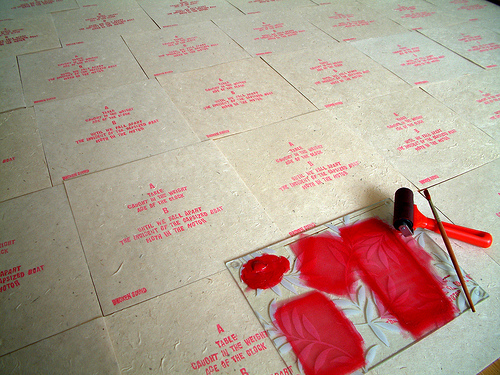 A selection of the 300 sleeves. Each one is different.

← Live: Sparrow & the Workshop @ Wimbledon Watershed
Save 6 Music: Noah and the Whale lend support with video →