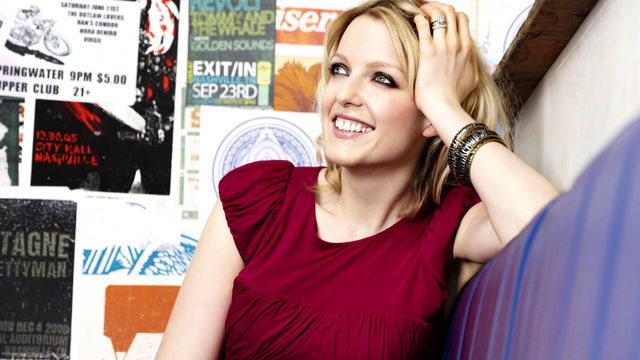 The marvellous Lauren Laverne's show is 10am-1pm, weekdays on 6music

I’ve never been all that much of a patriot.  I’m one of those annoying few who insists that believing your country is intrinsically better than all the others is actually just a little bit racist.  It’s all fine and dandy being proud of your origins, your background, but patriotism is too often a synonym for ‘selective memory’.  We Brits should know this better than most — it’s easy to champion our honourable intentions in, say, World War I, but it’s too often forgotten that our wartime hobbies used to include shooting tribes armed, at best, with pointy sticks and impressive face paint.

The BBC, in this anti-patriot’s book, is the greatest thing the British people have ever accomplished

For all my anti-patriotism, though, there is one thing that has always made me proud to be British.  The BBC, in my book, is the greatest thing the British people have ever accomplished — whether it be the prime-time brilliance of the terrestrials, the children’s programming that well over half the nation were brought up with or the obscure “I never realised Indian Hill Railways could be so interesting” nature of BBC Four.

Last night, though, all my loyalty to the BBC was put at jeopardy when it was revealed that the broadcasters had plans to shut down two of their radio stations – their Asian Network and 6 Music, which is widely regarded by clever people as being the best thing the BBC has ever put their name to.  Rightly, people have upped their roar. 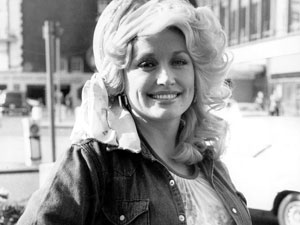 6music: dares to play Dolly Parton instead of Lady Gaga

The thing is, 6 Music is irrefutably the most forward thinking national radio station on air today.  At university, I enigmatically tuned our DAB radio to the channel each night as I cooked my dinner.  It was refreshing to be able to switch on a radio and never know exactly what you’d hear.  Some nights I would find myself dancing questionably around the kitchen to Craig Charles’ funk show; on other nights I would be treated to folk music, obscure freak or maybe even some country.  No matter what time of day it was, 6 Music offered me the promise of Something Different.  The channel will never hit you with the same song five times in one afternoon, and simply remaining tuned to its digital waves ensures you a metaphorical panic room against the threats of Ke$ha and Lil Wayne.

In many ways, 6 Music has soundtracked the formative years of my life in much the same way that Radio Caroline and XFM have soundtracked those of the generations before.  Like a digital Glastonbury, with none of the hassles of setting up a tent or defecating into a drop-pit, 6 Music collects the best music on offer in the world today, and brings together music fans of all ages at the same time.  It’s lovely to know that I can be enjoying a Van Morrison album track in my bedroom at the exact same time a middle-aged bearded man is listening to it whilst soaking himself in a bath in Edinburgh.  It’s not a pretty image, perhaps, but if you think about it, this is exactly what made radio so brilliant all those years ago, when it first came about.  Forget about bringing people together within their own living rooms – radio brings nations together! And if we have that ability, do we really want to waste it by playing (the admittedly quite enjoyable) Cast of Glee?  No.  We want to champion new music, refresh our memories with the favourite bands we’ve long forgotten, and generally widen the cultural boundaries of everyone at the other end of that magical digital squiggle of zeroes and ones.

I’ve been thinking ever since I first heard the news, and I realised that beyond those times when circumstance forces me – at work, in taxicabs – I haven’t listened to a radio station other than 6 Music in almost a year.  If the BBC were to shut down their greatest asset (that, notably, costs less a year to run than Chris Moyle’s salary alone), I would not only lose Guy Garvey’s magnificent ‘Finest Hour’, or my ability to cook my admittedly eclectic dinners to a soundtrack of equal miscellany, but I would also lose radio as a whole – because Lord knows where else I’ll find a channel willing to forsake Lady Gaga for Dolly Parton.

We have time, if we so wish, to make our voices heard.  Whether we stage our small social networking protests, or simply walk back and forth outside BBC Television Centre in London loudly shouting ‘You’ll pay money for Dancing On Wheels, but you won’t support alternative music?’  It isn’t, of course, just 6 Music that’s at risk, and though I have little interest in Asian music, there should certainly be similar calls to arms in that community— another channel that specialises in genres that otherwise are underplayed by traditional commercial radio.  The BBC claim they wish to focus on ‘quality over quantity’, but dropping two of their most critically credible outlets seems, if anything, a step in the opposite direction.  This isn’t a call to arms – I don’t need that sort of legal trouble.  But let’s just say that if someone were to make a call to arms, now would be the time to do it.

← The story of Communion
Single: She and Him – In the Sun →

9 comments for “Folked Up: Stephen Thomas on the potential demise of BBC 6 Music”