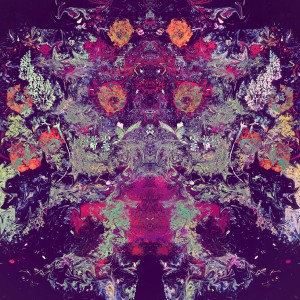 You can’t blame Emilie Kahn for becoming tired with the barrage of articles constantly comparing her to one certain Californian folk artist; she’s one of arguably two acts in the entire modern industry that are centered around an instrument so off-the-beaten-path for a soloist that it turns heads like a gigantic anemone attacking any town square of her choosing. That being said, to write this one off as merely the product of inspiration from she-who-shall-not-be-named’s breadth of work would be nothing short of ignorant.

Tag-teaming with her harp, Ogden, to form her stage name, Kahn maintains the grace and sophistication so often associated with fine harpists, though she shines her palette with the unvarnished complexion of a wolf pack. 10,000 revels in its compelling deliverance of truth, swaths of lush harmonies and instrumentation clashing elegantly against the unapologetic fury that Kahn so liberally applies.

There’s complexity to her overall artistic composure that never feels forced or computerized, more-so intrinsically, even darkly, human. This is exemplified right from the get-go, wherein Kahn calmly and collectedly places the blame on an ex-flame – and with only the slightest bit of Machiavellian composure being exposed from underneath the sophisticated curtain of her dreamy composition.

It isn’t just that Emilie is exceptional at playing Ogden that she is such a compelling figure; there’s a voice on this debut record that is every bit as memorable. Kahn slyly slinks her way through the intense emotions of songs that are clearly deeply personal, taking listeners on a journey with relative ease and spellbinding gravitas. The catchiness of particular hooks and progressions, such as in her ominous cooing near the end of “What Happened”, offers her & Ogden’s work well to the pop potential ring, but not with the traditional sacrifice of the dignity lamb along the way.

10,000 is worth at least as many listens as its name suggests.