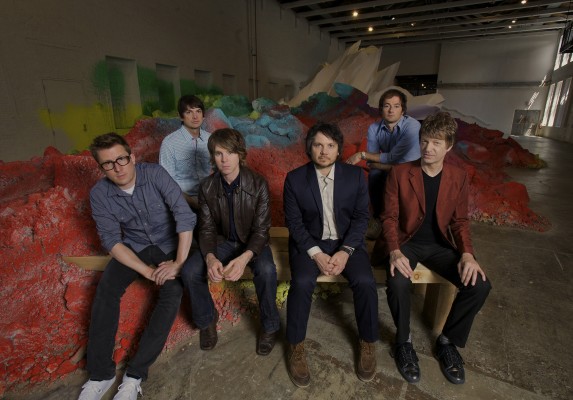 The Roundhouse is a wonderful venue to see any band. The acoustics generated from the Victorian railway shed that once contained a train turntable generates a rich, well-rounded sound that rivals any of its London competitors.

Support act Jonathan Wilson made the most of the acoustics to deliver an accomplished set which featured up to 5 guitarists on stage at one time. His blissed-out, mellow songs had legs, that is to say they all ended in a three minute jam. Stand out track ‘Desert Raven’ was reminiscent of a heavy-loaded Crowded House.  Seeing is believing:

Moving on to the main event – Wilco delivered a full set of their George Harrison-infused back catalogue of alt-country indie rock. The stand out tracks came from their seminal album Yankee Hotel Foxtrot, but their full depth of sound made every song a treat.  New tracks from recent release The Whole Love went down well with a crowd heavy with old time fans.

The set moved through the slow and steady, swelling into bigger numbers that kept The Roundhouse pulsing for a set that nearly reached two hours long, proving that Wilco not only have a long history behind them, but will still be running well into the coming decade.

On a final note, this female FFS reviewer is not ashamed to admit to taking some small pleasure in seeing a real rarity – not on the stage, but in the queues for the gents toilets coming out the door and wrapping round the corner.  Thanks guys, for bringing your boy mates and leaving your girlfriends at home, allowing those few ladies in the crowd to breeze by on the way to the loo with just a tiny smirk on our faces.