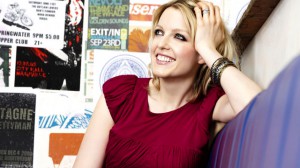 Lauren Laverne announced the news at 11am

Folks you’ve done it! The BBC today announced that the BBC digital radio station 6music will not be closed.

Lauren Laverne announced the news at 11am on her morning show. She began by thanking listeners for their support before reading from the BBC Trust’s report, which began: ““The BBC trust has rejected the strategy review’s plans to close 6music.”

The BBC Trust set up a consultation were overwhelmed with contact from concerned listeners. In their report the Trust today concluded that the station was distinctive and well-liked.

Plans to close the Asian Network will still go ahead.

← Brian’s Mixtape #36: Brian’s been to Glasto
Singles round-up: the Pains of Being Pure at Heart, the National, First Aid Kit, Crocodiles →