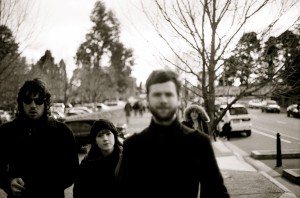 The Middle East have announced a summer European tour which will include two stops in the UK and several festivals.

Fresh from successful outings at SXSW in Texas and Coachella in Palm Springs, the Australian seven-piece will head to the UK at the end of June, playing dates in Manchester and Dublin as a warm-up for their appearance on the Queen’s Head Stage at Glastonbury.

They will then head in to France, Germany and Scandinavia before returning in July to play T In The Park, the Oxegen Festival in County Kildare, two dates in London and then the Latitude Festival.

1 comment for “The Middle East Set For European Tour”