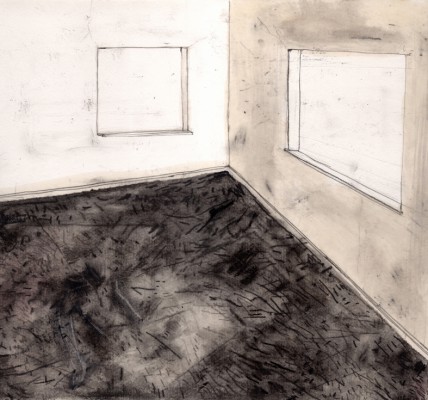 We came across Ben Phillips through his intriguing artwork on Peggy Sue’s releases. But his involvement with the London folk crowd doesn’t stop there. The Camberwell-based artist has been prolific over the past few years, providing artwork and posters for Daniel Johnston, Rachael Dadd and Alessi’s Ark. We got in touch with him over the internets to find out more about the man behind the images.

FFS: How did you become an artist?
Ben Phillips: I always wanted to be an artist since I was really young. I was quite badly behaved at school, very short concentration span and I’d end up doing something disruptive and get sent to the Head-Mistresses’ Office. Though doing art was always my redemption. I won the ‘Liphook Carnival Poster competition’ four years in a row (though on the third year I came second, I think they wanted to let some other kid have the spot-light for a brief moment). Drawing was always something that I could do and it gave my mum a little bit of a break from me.

Last year I graduated from the Illustration Course at Brighton University and now I’m living in London, trying to do this illustration as a full-time job. It’s not too bad, I just about scrape by. I was working part-time at a cafe near Brick Lane though the boss is a really anal, highly strung, Italian male and I’m not sure if he liked me very much. “Benjamin do-a this, Benjamin clean-a the macheene, Benjamin be-a polite-a to-a the customers”. I worked there for a few weeks though one day they changed the rota and never told me about it. I haven’t had any shifts since and I think I’m fired.

FFS: Who was the first artist to commission you to do their artwork?
Ben: Peggy Sue were the first band to commission me to do a record cover. I met them down in Brighton when I was selling some of my etching prints at a print fair at Brighton uni. They bought 1 or 2 of my prints and then they got back in touch about 6 months later when they saw one of my illustrations in Brighton Source magazine. I’ve done 7 record designs for them now and they keep me busy with other bits and pieces too. I met Alessi at a little festival in Kent last year and we soon became good friends. 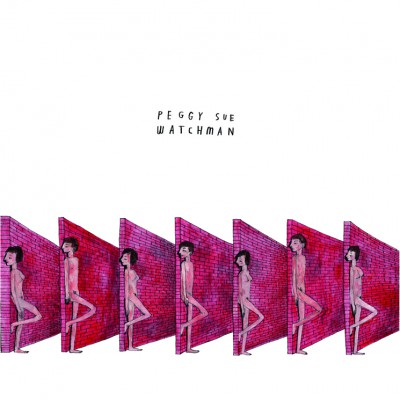 FFS:  Can we find your work elsewhere? Do you exhibit?

Ben: I do exhibit and I’m part of a couple of shows in the not too distant future, though dates have not been clarified yet. I sell a selection of prints and greetings cards at an art boutique off Brick Lane in east London. 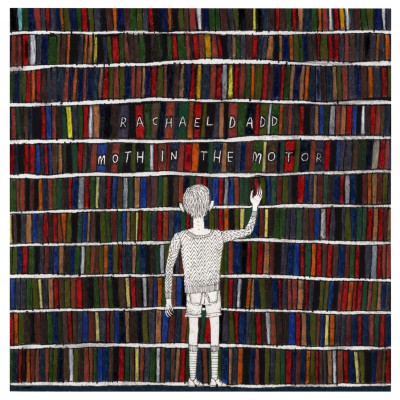 FFS: Who are your favourite artists and who or what influences and inspires you?
I’m into Outsider art and in particular the work of Henry Darger and Adolf Wolfli. I also really like the expressionist painters and printers from Post War Europe. I’m interested in work that gives some insight into someone else’s thought process, work that doesn’t let it’s audience dictate its outcome. My work is inspired by my own experiences, though I take these often mundane happenings and recreate them in a fictionalised world. I try to be honest in my work. 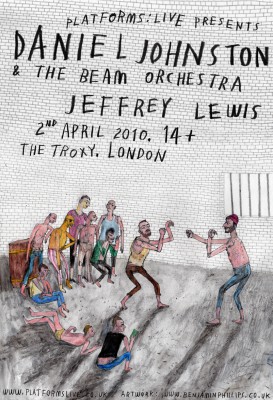 FFS: Are you from an artistic family?
Ben: My parents aren’t art directors or fashion designers or architects or embroidery geniuses. Though both of them have artistic outlets, my Dad is a talented engineer and in his spare time he makes engines in his workshop at the end of the garden, my Mum is creative and is a compulsive car-boot sale buyer, she’s quite house proud. My Nan is great, I think if I get my artistic skills from anyone its probably her. She customises her clothes and decorates her house in a very individual way. She goes through fads with her creative output. A few years back she started collecting decanters and she’d paint them with very bright, gaudy patterns. She must have done hundreds of the things, though I think she’s grown out of that now.

FFS: What’s your favourite medium to work in?
Ben: Of late I have been working a lot in pen and watercolour pencils, they are a very underrated medium. Though I also love working with paint, graphite, ink and using print methods. 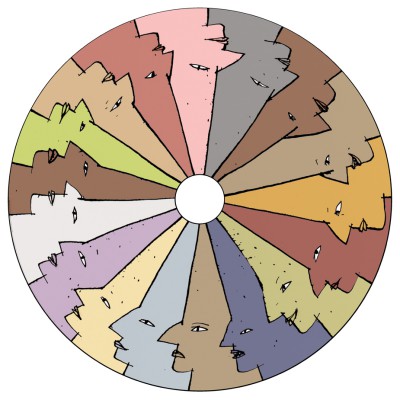 FFS: What’s your favourite music? Do you listen to music while you work?

I do like the folk. I’m really enjoying the new Tallest Man on Earth album. I tend to listen to band-based music, I really like The National‘s new album a lot too. I tend to have music on while I work, unless I’m in the ideas stages, it can be a little to distracting when trying to think. 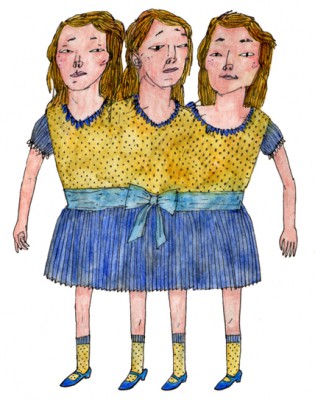 FFS: What have you got planned for the future?
Very Little plans, it’s each day as it comes! No kidding. I would like to move away and work as an illustrator somewhere else in the world for a while. I have a few places in mind though I’m hoping one will pull me towards it, rather than me choosing it myself. Those sort of decisions are so tricky to make. 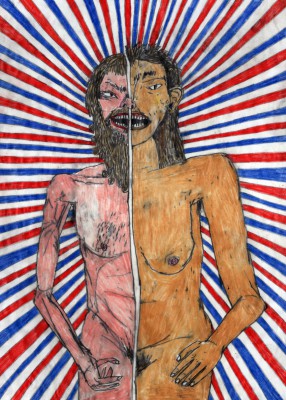 FFS: Where are you based? And where are you from originally?
Ben: I live and work in Camberwell in south London. I live with 9 friends from Brighton where we all studied, and originally I’m from a little village in Hampshire. It’s pretty, but pretty boring too.