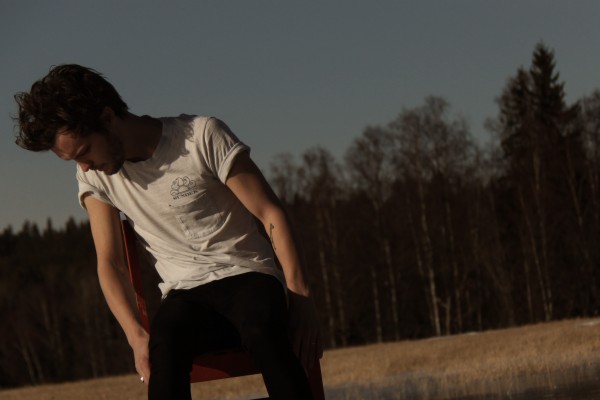 Kristian Matsson, aka The Tallest Man on Earth, has had enough of the endless Bob Dylan comparisons. Told that his third full album, There’s No Leaving Now, has been branded his Bringing It All Back Home because of its expanded sound, all he can do is answer with a sneer.

“Of course, that’s exactly what I’m doing,” he said. “I just try to copy that guy as much as possible.” Then the scowl drops. With nothing but seriousness, he adds: “No. This is my kind of music. This is my record.”

And so it is. There’s No Leaving Now features flourishes previously unheard on The Tallest Man On Earth records. There are bass parts, drums, even some lap steel guitar. All this, Matsson said, makes it more his record than anything he has released before.

“I had some time to make this record right,” he said. “The others were really rushed and stressful. I don’t know if this is a “band” record, but it is more like the sound in my head than people have heard before so it was nice to have that time.

“I don’t regret anything about how the old albums sounded, I’m happy with them, but this time I got to sit down and really do it how I wanted. I’m not just speaking about the instrumentation.

“I went into the recording process with a whole bunch of songs already written but then I wrote ‘To Just Grow Away’, the first song on the album, and that just changed the whole way it was going to sound and I ended up writing a bunch more songs, recording different things.

“It was chaos, good mostly but sometimes just chaos, but at the end I just sat there with a record I’m really proud of. It feels like a really honest album. It’s my first really personal album.”

And let’s also be clear. This is not Dylan going electric. While changes have clearly been made, there is no radical departure from Mattson’s basic formula.

“I still somehow managed to distort it all in the end and give it that brittle, falling-apart sound that I like,” he said. “The foundation of the songs is still recorded live, I have to just sing and play at the same time and work with that, but it was one of the nicest days in the process when I could bring in two of my friends to play bass and drums, old friends who are really good musicians from a band I used to play in but we don’t have too much time to hang out anymore. We just made a lot of good food and had a good time.”

Those sessions saw bassist Mats Winkvista and drummer Niclas Nordin come round to Matsson’s home in Dalarna, Sweden, where he has set up his home studio. Matsson has always believed in recording at home, whether that meant the nomadic process of making The Wild Hunt as he moved from house to house, or the more rooted experience of recording in his old home town.

“The last album I recorded in a bunch of different houses as I was moving around, but I have a good studio now,” he said. “I had a plan to go to some other studios to record, but coming from two years of touring it felt really important to be at home.”

Dylan comparisons have followed Matsson everywhere since he first broke away from the Montezumas to record solo material, but while Mr Zimmerman has been an obvious influence on his work, Matsson sites another more recent artist as a bigger one. 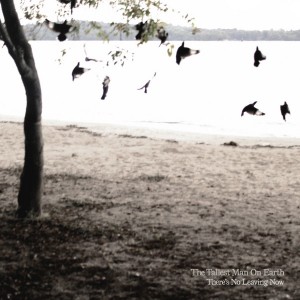 “The one I steal from a lot, but try to make it so you can’t hear it, is Bon Iver,” he said. “He’s such a big inspiration to me, maybe not just musically but emotionally too. Justin (Vernon) is such an inspiring person. It may sound pretentious, but For Emma, Forever Ago really changed my mindset and helped me to get to where I am.

“He’s been a supportive friend too. I really doubted myself early in this process and when I asked Justin what to do he told me just to make my record the way I wanted it.”

With his third album, that is precisely what Matsson has done. By making a record that most fully realises the sound he wants, The Tallest Man on Earth is on his way to busting out of the pigeon holes he has found himself in to date. That has also helped him become at ease with them. A man that used to bristle at having any kind of tag put on him is now a little more relaxed.

“I don’t have a problem with labels, I guess I have matured in that way because it’s up to everyone what they want to call it,” he said. “I really don’t know. I just try to focus on writing solid songs and becoming good at that. To me it’s just music, but yes, of course, it’s some kind of folk music.”

There is, of course, one other label Matsson created for himself which has proved something of a mixed blessing – his stage name The Tallest Man on Earth.

Distinct, yes, but open to google confusion and general mockery for a man who fails to break the six foot mark. Matsson admits it is “kind of a stupid name”, but he wouldn’t change it now.

“I didn’t really have a plan for what I was doing,” he recalled. “I was in a band and had just made some music on the side. I think I read it in a poem or something, and took it when I put some music up on myspace. From there I just got stuck with it.

“Yeah, it’s kind of stupid, but that’s good as it inspires me to make the best music I can so people don’t think about the name.”

← Listen | The Dreaming Spires debut album with an exclusive guide from the band
Festivals | A Nose-Piercing Later: My Day at Bushstock. →