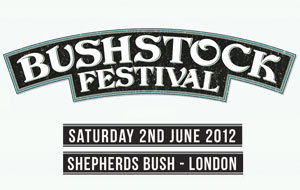 Bushstock. Bushstock Bushstock Bushstock is all we’ve been hearing for the last few weeks, and the run up to last weekend was just as exciting as the day itself. Run by Communion Records (home to Ben Howard, Daughter, Michael Kiwanuka and co), it’s the first festival of it’s kind, one which delivers pure, wonderful music in the home of where it’s created, straight to the avid listeners who come to experience it at it’s prime. I was lucky enough to go to the first one last year, and have been hanging-out all year for June to swing by again and bring along another one. So here you have it, a first-hand report of Bushstock.

Following a brief interview with Rae Morris, we headed downstairs to hear her set at the ‘Sunday’s Best Stage’, at Defector’s Weld, and wow, did she deliver? Rae’s music is undeniably captivating, and of the whole day, that was the only time when the whole room went silent to just listen, an admittedly rare occurrence for a day-time pub set. Her husky vocals create something quite unique when paired single-handedly with a piano, a thing becoming rarer and rarer these days. Nevertheless, her name was mentioned again and again throughout the day, so all I can say would be to watch this space. 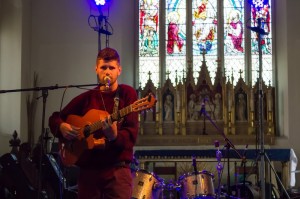 After that, we pushed our way out of Defector’s Weld and wondered in the sunshine past the busy metropolis that is Shepherd’s Bush Market, along to St. Stephen’s Church to see Nick Mulvey. Now, I saw Mulvey play a small spontaneous set at the Gallery Cafe about this time last year, and from watching that, he was one of my number one priorities to see. We sat in a pew relatively closed to the front, close enough indeed to see the incredible intricacy with which he plays the guitar. Clearly classically trained, or self-taught to an impressive level, he combines the most breathtaking, compelling guitar with, and the only means I can find of most accurately describing it, rasta-like vocals which swing perfectly from lyrics in Spanish, to extracts of DH Lawrence’s finest poetry, with everything else in between. Again, this guy is upcoming, and fast, so jump on the old band wagon while you still can, and definitely try and catch him through his regular gigging around London. 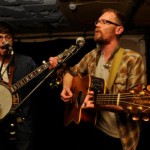 After Mulvey, we headed back again to Defector’s world to see the stonking line-up that was in store for the next hour or so. First up was  Alessi’s Ark who played a beautiful mix of both her first and second album. Straight after Alessi, we had Matthew and the Atlas also in Defector’s Weld. Matthew Hegarty’s earthy rendition of ‘I Will Remain’ was greeted by a small uproar from the audience and it seems in the last year or so, they’ve filled that upcoming Mumford & Sons-like gap. The set consisted mostly of tracks from the EP ‘To the North’, among others, and I reckon I speak for everyone when I say that we’re looking forward to hearing the new material they spoke of on stage.

The final four acts would be an obvious highlight for anyone, and what a tough decision to make. The only way we thought to solve this would be to literally run to all three venues between the space of an hour. And so, at 10pm we started off with Daughter’s set at St. Stephen’s Church. And let me say, to start, the church was PACKED. As in: people sitting all down the aisles, crowding at the back, and every single available inch of pew was taken. The atmosphere of such a quiet place full of such a vast number of people made it even more inviting, and at 10pm on the dot, a nervous Elena took to the stage with an opening of ‘Home’ from her EP ‘The Wild Youth’. We watched several more songs (inc. ‘Landfill’, ‘Youth’, ‘Love’) and as the band relaxed into the flow of 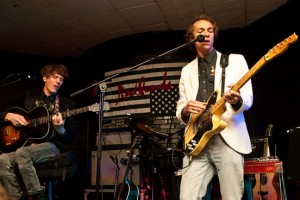 things, the audience grew even more attentive. Out of everyone I saw at Bushstock, it is needless to say that Daughter has been/is/will be one of the most successful artists at the moment, and her work seems to captivate anyone who listens to it. From Dauhter, we legged it (you ought to know that it was raining by this point) along to the ATFL Stage at Ginglik to see the one and only Marcus Foster. We squeezed our way into what was again a packed room of a bunch of much more lively people, shall we say, and listened to Foster’s tracks from his debut album ‘Nameless Path’. ‘Movement’ was a particular favourite of mine on Saturday, and the constant rises and falls of volume and general intensity on the song itself worked brilliantly at Ginglik. People quietened somewhat for ‘I was Broken’, and the lyrics which already convey such emotion created something astonishingly powerful in the room. Just before 11pm, we made our way out of Ginglik and on to Defector’s Weld to hear the end of Bastille’s set. I wasn’t especially familiar with their 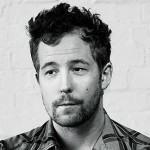 music, but I certainly enjoyed what I heard when we got there. For starters, it was a good contrast from the majority of the music at Bushstock in the way that its, I suppose, more ‘electric’ than using just instruments to create the raw music we’d been listening to all day. If I could have wished for anything, it would be for the audience to be a little quieter, but then again, we can’t have everything. Nonetheless, their track ‘Get Home’ seemed to spark a big reaction, and the band effectively mix all sorts of sounds with some truly beautiful harmonious vocals, a sound that makes one undoubtedly intrigued to hear more. Everyone gathered for Mystery Jets at Shepherd’s bar, as part of the end of Bushstock’s marvellous line up, and to state things simply: THEY WERE AWESOME. I’ll admit now that you’d have to be dead before you’d be allowed to see me try and dance, but during their set, the whole room appeared to be dancing like there was no tomorrow. They played a huge mix of songs, including some of our all-time favourites such as ‘Half in Love with Elizabeth’ and of course ‘Young Love’. They handled their  over-excited and rather drunk audience perfectly, and much to our delight carried on playing  until about 12.30am.

For those of you who experienced Saturday for yourself (and I do hope you’ve all recovered from nursing those Bushstock hangovers), I’m sure you’d agree that there is a special something about the day. Whether its Communion and the wonderful people that organise everything, or the beautiful music that fills our ears all day long, or both (and I’d say so), Bushstock has a vibe of friendly, happy honesty about it: a vibe that invites people from anywhere and everywhere to come and listen. No doubt we will have a 3rd birthday party next year, and should you have the chance to go, I can’t recommend it more. For now however, we must reminisce on amusing memories from Bushstock, and hang about idly, twiddling our thumbs until next time. Roll on June.

P.S: I do not intend to explain the title of this piece further to you, but I’ll instead leave you with a little piece of advice. When you arrive at Bushstock next year, don’t let ANYONE persuade you (‘you’ being in a rather merry state) into getting a nose-piercing, and if they do, wait until the shop NEXT DOOR (!) to Defector’s Weld is well and truly closed. Thanks: Over and Out.