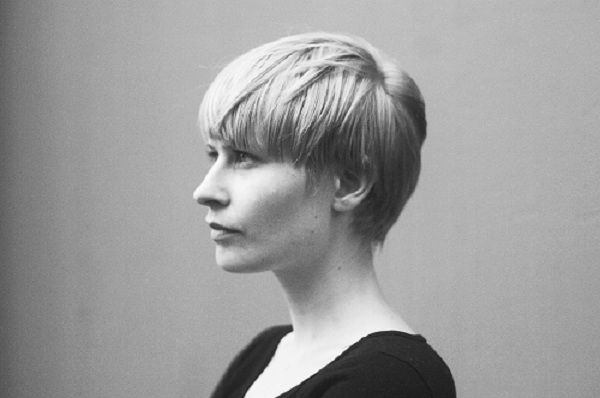 Jenny Hval is a woman of radical contrasts and disconcerting juxtapositions. Physically small, delicate and bird-like, her vocal suggests a much bigger set of lungs while her music explores the relationship between the organic and the man-made. Tonight, after a successful gig at The Borderline, she’s pondering the challenges of combining the extrovert and introverted elements of herself in performance.

“It was the extrovert version of a Jenny Hval concert tonight. It’s quite a rare occasion when you can actually just feel like you are on stage almost composing with the audience…I really enjoyed it although I felt like I was sacrificing myself onstage because I didn’t know the songs!”

Hval is referring to the moment when, surprised into an encore, she revealed they couldn’t actually remember any more songs -“We live in different cities and didn’t get to rehearse and there’s so many new songs….I just didn’t remember anything!” Luckily one was pulled out of the bag, the ironically named, violently beautiful ‘I Got No Strings.’ If ‘strings’ are a metaphor for challenging, disturbing, ugly-pretty songs, then this lady sure has strings.

The Norwegian-born Hval moved to Melbourne when she was 19 to study writing with “music on the side”. It was through literature – poetry, and the writing of Jeanette Winterson, Ann Carson and Angele Carter – that she developed a fascination with the body.

“I was trying to learn English better and I started writing and recording my voice. Trying to learn the body of the English language, the way you pronounce things and intonate – I got really into that and became very aware of the body. I noticed that my voice changed in English – my English voice is lower than my Norwegian voice! It was quite confronting, I had to find a new personality….I more found a new body than a new personality.” 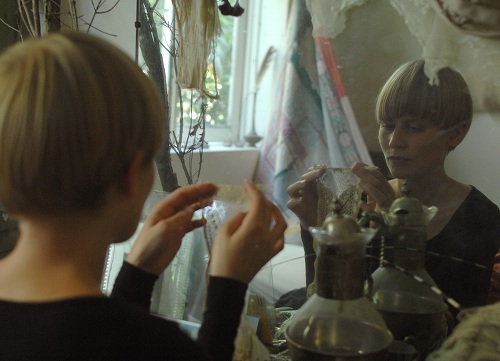 Like other writers who have found their creative voice in a second language – Samuel Beckett often wrote in French, for example – Hval is clear that English gave her an opportunity to express herself in a way that her native tongue did not.

“I let those writers influence my work a lot because I read them in my second language. Because of this I could feel and not think so much….so I could be a lot more ‘body’. In Norwegian I really struggled to express that stuff…I still don’t know how to make beautiful language in English. If I write in Norwegian I tend to write in these really complex structures, in English I’m a …..brute!”

When it came to recording last year’s critically acclaimed album Viscera, Hval describes how she wanted it to be ‘a medical record’. With strong echoes of Jeannette Winterson’s  biology-infused love story, ‘Written on the Body’, she uses contrasting approaches of attachment and involvement in what is an astonishingly frank exploration of the relationship between bodies and cities. Prior to Viscera, Hval had been writing and recording under the moniker Rockettothesky. The decision to write under her own name comes back to this all-pervasive theme of the body.

“I’d been writing about the body before but as this album was very much the experience of a body, I wanted the record to have a person’s name on it and I couldn’t think of any other name than my own name! I wanted it to feel like a medical record, something personal but also impersonal…I wanted it to be a person’s work rather than someone hiding, cos’ I was really hiding in Rockettothesky.”

Although unique in her approach to her material and use of spoken word techniques, there has been a startling proliferation of good, experimental folk artists emerging from Norway in recent years. Hanne Hukkelberg is currently garnering appreciative reviews for recent album Featherbrain and Silje Nes, Ana Garbarak, Ane Brun and Siri Nilsen  are all quietly mustering a growing British fan base. Hval is positive about this velvet Norwegian invasion, but quick to distance herself from any one genre.

“My first album was released in Norway when there were a lot of female artists becoming quite popular and there was all this writing in the media about the girl war. I really didn’t want to be another girl fighting in the girl war and be like, a singer songwriter with personal lyrics where everything you write is a metaphor for something in your love life.

“I don’t think I need to see myself as part of any scene or not, because I find links everywhere …. I see myself as between different groups of people but I think a lot of artists feel the same way, which is a great thing and makes more interesting music.”

Interesting music is certainly being made, and Hval shows no inclination to make herself at home in any one genre just yet.

“At the moment I’m doing a sound installation – sound installation was a really important part of learning how to write for me and I think that working with not a concert or record format is really good because when I don’t have to think about performing I can forward stuff that’s only meant to be in a room played to whatever it is that’s there. I think I’m doing an album this year as well…I don’t know yet, maybe it’ll be a bit more rock.”

Rock, death-metal, dub step, hard-core dance – Hval is probably one of the few artists who could draw on whichever style she chose and make something you’d actually want to hear. One thing is certain: whatever she decides to do next is going to be delightfully bonkers, alternatively beautiful and wonderfully weird – and we’re coming along for the ride. Just tell us where to sign.