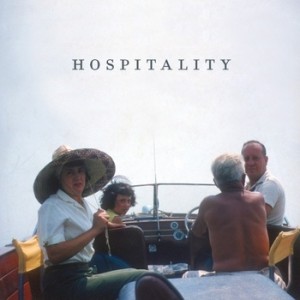 For an album that is about the trials of young adulthood – struggles in love, dead-end jobs, and finding yourself a long way form home – Hospitality’s self-titled debut is remarkably cheery. Fantastically cheery in fact. We defy you not to have a smile on your face from the opening bar of ‘Eighth Avenue’. This is dance-along indie folk of the loveliest kind – think Allo Darlin’ but given a funky sheen and transplanted from East London to New York City, where Amber Papini is determined to take on life’s challenges with a wink and a laugh.

The Yale graduate brings a note of sophistication to her lyrics, but what will grab you the most are the tunes. From the frisky horns of ‘Friends of Friends’ to the shimmering keyboards of ‘Betty Wang’ and the punchy percussion of ‘The Birthday’ this collection rockets along through a thrilling array of instrumentation and ideas. It all sounds so effortless, although it was anything but for Papini’s crew, who formed in 2007, released an EP that formed the foundation of this album in 2008, but still had to spend a year hawking around the final takes until latching on to Merge to get a US release earlier this year.

Quite why is beyond us, because this album can light up your summer. Don’t wait that long though – you never know when the sun’s going to shine these days.