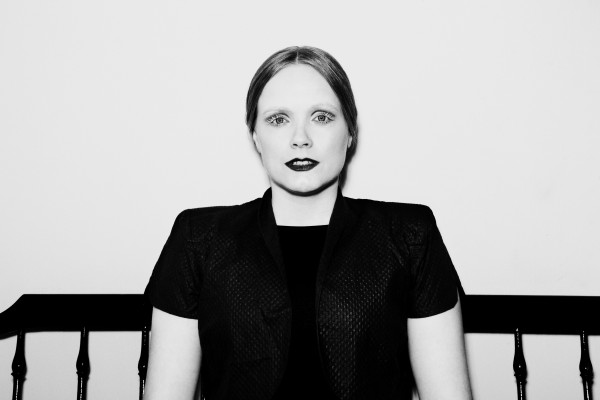 Ane Brun’s fourth studio album It All Starts With One was released earlier this month to widespread acclaim and praise; a gloriously emotive and compelling affair that ensures her talents as a musician will be further known upon these shores.

On her recent tour of the UK I had the chance to meet Ane, but due to an illness I could not. My father kindly stepped in to meet the Norwegian singer instead; assuring me she was affable and charming, happily answering the questions put to her by FFS.

FFS: Will that affect the singing?

A: I don’t think it will but it is irritating.

FFS: And how are you finding London?

A: I like being here. I’ve been here two days but I think it is stressful for a longer amount of time.

FFS: With your music I understand you have collaborated with many artists over the years, and I was interested to see that you have been working with First Aid Kit.

A: Yeah. They have been around for quite a few years now as well, in Sweden.

FFS: And where do you call home, Norway, Sweden? 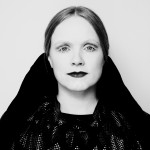 FFS: But you were born in Norway?

FFS: I was looking at the scenery and the mountainous backdrops recently, do you miss it all?

A: I miss having nature there, of course. I don’t miss the small towns though, as I like living in a big city.

FFS: I understand you moved around a lot when you were younger. In Barcelona, you were studying law and Spanish. What made you decide on music in the end?

FFS: I know you have had success back home. Are you trying to broaden your success? You have recently been on tour with Peter Gabriel in America, are you well-received when you travel?

A: Yeah, absolutely. You always try and broaden your success because it’s your livelihood, right.

FFS: Yeah. And your new album, would you say it’s a change in direction?

A: Yeah, it is. It doesn’t feel so dramatic to me because it has been a few years since I did my last album. And I’ve been and done a lot of stuff so it sounds like hearing something else.

FFS: The first single from the album, (‘Do You Remember’) is quite upbeat, was that an obvious first choice as a single, do you think?

A: I wanted it to be a summer song, so it was released in summer first.

FFS: I understand there is a short film as well?

A: Yes, It’s coming out next year. It’s the next part/chapter. The one you have seen already is chapter three and chapter four is coming out. The song is worship. So the whole film is four songs.

FFS: Who are your musical influences from the past? Did you grow up with music in your family? 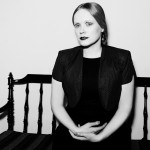 A: Yeah, I grew up with my mum who is a musician and a teacher.

FFS: What sort of music do you listen to?

A: I’ve listened to everything throughout my life, classical, jazz, folk – anything.

FFS: Any musicians that influence you now or albums that you may have listened to recently that appeal to you?

A: I think I listen to all kinds of stuff but I don’t get directly influenced by them. It is very indirect I guess. I listen to mostly varied stuff. I think I am more in touch with me and my stuff so I don’t know. But I listen to music every day, all different kinds.

FFS: And how do you relax away from music? Any hobbies you have or is your music all engulfing?

A: Mostly when I come home I try to keep my relationships going with my friends and family. I suppose just being social. I try to read – I read every day. The last two or three years I have been quite active doing political stuff and stuff to do with the environment, because that’s worrying me.

FFS: I understand you did a concert concerning climate change (No More Lullabies).

A: Yep. I’ve done that and I will do that more.

FFS: And one of the songs from the album, ‘One’ highlights the Arab Spring.

A: Yeah, it’s a song about any initiative actually. It was inspired by the Arab Spring but it is actually about human initiative as a whole.

FFS: Do you feel politically motivated that way? Or have you always been more political?

A: It has happened over the last three or four years.

FFS: Has it? Well that is probably a worldwide thing with a lot of young people; with all that is going on it’s bound to happen. What’s next after the tour?

Words: Adam Lowe (and his Dad)