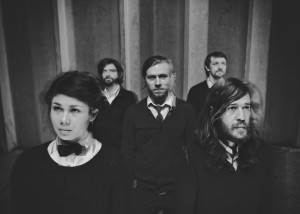 If you’ve had even half an eye on the website of late, you’ll have noticed an absolute ton of reviews. It’s that time of year when the releases come thick and fast ahead of the summer and we’re doing our best just to keep up.

But that doesn’t mean we’ve not also had our heads turned by some things that remain a ways down the road. So just because we can’t wait, here are a few things off the forthcoming pile we had to share.

Stillwater, Oklahoma sounds, just on name alone, like a place where the dust bowl era never ended. But the well is not dry, for the town has sprung Other Lives, whose eerie atmospherics easily transport you off to a different era. The five-piece are preparing to unleash their second album Tamer Animals in August and it should be the one to launch them to global success. Even Thom Yorke says so. But don’t take either his or our word for it. You can listen to ‘For 12’ below, and grab and download of it here as well as ‘Dustbowl III’ here.

Other Lives – For 12 by Stayloose

If Other Lives have the sound to take you off to another time, Michael Kiwanuka just plain sounds like he comes from one. I’ve recently been listening to the new Soul Jazz collection Delta Swamp Rock: Sounds From The South and Kiwanuka’s soulful sound would not be out of place on that compilation. The only mystery is how this sound emerged not from the Deep South but from North London.

Check out the video for the title track to his Tell Me A Tale EP, out in June on Communion, here.

Heading back across the Atlantic, we stumbed across another of the apparently endless list of Brooklyn bands making beautiful music. Pearl and the Beard earned a following with their breakthrough track ‘Oh Death‘ from their debt album God Bless Your Weary Soul. Now they’re back with album number two and sounding better than ever if ‘Sweetness‘ is anything to go by.

Last, but not least, before we wrap this one up, readers of the New Bands Panel should remember the excellent Lauren & Tokyo. Well, Lauren has been in touch to tell us about her new project, Lauren Campbell & The Dusty Figurines. Their easy-going breezy pop can’t mask an underlying sophistication, and we can only recommend giving ‘Goodbye Daisy’ a listen below.