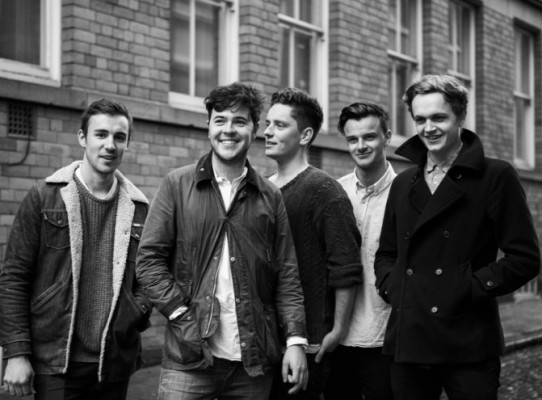 In light of the very exciting Bushstock, happening TODAY, For Folk’s Sake have teamed up with Communion to feature a special countdown to Bushstock.

With their fifth gig being on the main stage at Leeds festival, it’s fair to say Amber Run have a certain spark about them. There’s a communal spirit to the band’s music, which is evident in Amber Run’s five members too, who have gathered a following since they formed in Nottingham last December.

Amber Run are determined to take their music as far as it can go, with debut single Noah having earned airplay from Zane Lowe on Radio 1. Having deliberately chosen a name with no obvious connotations, Amber Run are determined to stand aside from the herd. “I’d rather be timeless than cool,” says Joe. “We’re not writing edgy music that sounds like 2014 – it’s music for the whole decade, not just for now. We want people to be coming back to our music in 20 years.” With a debut album in the works, Amber Run play St. Stephen’s church & 18:30 today, so be sure to catch some of their infectious tunes.  To get you in the mood, check out the video to their new single ‘Spark‘: