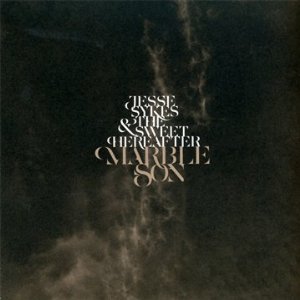 Nothing is rushed in the world of Jesse Sykes and the Sweet Hereafter. Their music a world of long, slow, brooding tracks that envelop you in a warm, melancholy sound. And their productivity rate does little to quicken the pulse either. Marble Son is their fourth album since the debut Reckless Burning arrived nine years ago, and the first since 2007’s Oh, My Girl.

But the time is clearly spent well, for this another superbly crafted album, and quite likely their best to date. The gloom levels are as high as they’ve ever been, but so is the beauty of the overall effect as the Sweet Hereafter sound as controlled and powerful as ever.

The haunting eight-minute opener ‘Hushed By Devotion’ sets the tone but while they retain their trademark sound, led by Phil Wandscher’s piercing guitar, they bring a wider range of influences to bear here, with a much stronger emphasis on 60s west coast psychedelia amid their usual alt-country and blues. ‘Pleasuring The Devine’ is the centrepiece of the album, with its striking guitar and raucous sound before the long, brooding and dark ‘Weight of Cancer’.

Although they have received critical acclaim since Reckless Burning first arrived, Sykes and her band are yet to really break through, and although this lacks a killer single track in the mould of the last LP’s ‘The Dreaming Dead’ to help with the job, it is another step forward for a band getting better with age.