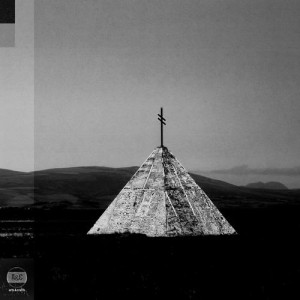 A little over a week ago, Joe Skrebels reviewed Timber Timbre’s Creep on Creepin’ On right here, but he’s already had a change of heart. As he explained on his blog Music From A Green Window, it’s just plain better than he told you it was.

Here’s the full explanation as to why:

Not that I’m ever wrong, but when I reviewed Timber Timbre’s new album, Creep On Creepin’ On, for For Folk’s Sake, I was wrong.

After loving the last album, and particularly its laid-back folk charm really rather a lot, Timber Timbre’s move into what seems a little like horror-movie versions of ’60s crooner-pop and lounge music took me aback somewhat (and still does, but in a much better way). It’s not my observations of what the music actually sounds like that are wrong, it’s how I envisaged what that meant for the band. I said:

“Just like the genre films it brings to mind, this album is held back by its own imprisonment in a set of immovable conventions.“

It’s a shame a sentence so superbly written is just so plain incorrect. When I’d finished the review, I still felt compelled by the album’s strange mix of the unsettling and the familiar and, after one more listen, it clicked. Those “conventions” the album takes on may be cliched, overfamiliar and unfashionable, but it’s their twisting into gargoyle shapes that breaks them free. Take the twanging guitar and gentle, squealing violin of the intro to the title track. That sound is so immediately familiar that it makes the fact that it gives way to a song characterised by lyrics like “move her hair onto my chest, exposing her neck. And I tear through” even more brilliantly surprising. Creep On Creepin’ On isn’t held back by its recycling of hackeyed sounds, it’s positively set free, able to work its disquieting magic on the listener with no fear of them having to stop and try to “understand” the music. So, ignore that review, just listen to me now – this is one of the best albums of the year so far – positively Freudian in its uncanniness and endlessly inventive. But, obviously, I’m not wrong about anything else so, you know, keep reading. Please?

We just wanted to clear that up.