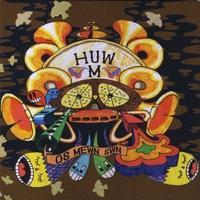 I don’t speak Welsh and have not one inkling of what Huw M’s gentle, warm voice is murmuring throughout Os Mewn Swn. But still, it’s entrancing listening to a stream of what sounds, to the uneducated, like beautiful gibberish, delivered with unwavering calm and tinged with melancholy.

Huw M takes traditional Welsh folk songs and retains that stripped down nature, bringing the focus inevitably back to his voice and to this sense of an intangible past, a history buried in the blended consonants. He could be singing about his objections to the church of scientology or relating intricacies of his favourite Formula One circuits – but the timbre of the vocals is so unobtrusive and hypnotic it’s difficult not to think of a sleepy, rainy afternoon in Brecon.

On ‘Seddi Gwag’, Bethan Reynolds provides accompanying vocals, but even then affair is a largely spartan and wholly undynamic one. Which isn’t to say it isn’t without its subtleties and charms, but these are never more than faint smiles and frowns, rather than provocative gestures. Meanwhile, on ‘Y dror sy’n dal y sanau’ it all comes together and the wash of strings and accordion gives more life to the acoustic/vocals set up.

It’s easy to draw comparisons with Welsh language albums that have gained wider appeal, but few seem as comfortable with their origins as Huw M and as uninterested in taking risks to venture further. Where countrymen Gorky’s Zygotic Mynci take the Welsh folk sound and treat it to flourishes and bounce it between upbeat and downbeat moments, Huw M’s music remains unflinchingly ensconced in the stillness of countryside.

The title roughly translates, I’m told by a handy passing Welsh-speaker, as ‘If in noise’. There’s nothing so abrasive or intriguing for Huw M – Os Mewn Swn is happy where it is, being contemplative and warmly-arranged, and maybe as a result, a little hard to love.