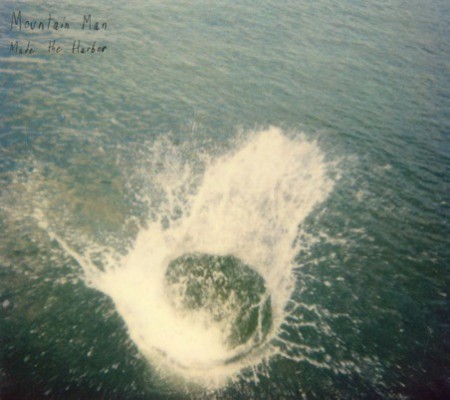 “Fans of complex instrumentation, look away now. This one’s not for you. Mountain Man are a three-woman band, formed at Bennington College, Vermont, who keep things simple. Don’t expect drums or keyboards or bass or banjos from their debut album, Made the Harbor. All you’re going to get here is three voices, the occasional strum of a guitar – and oodles and oodles of the most beautiful harmonies you’ll hear this year.

It’s pure Americana – there’s no way this band could be from anywhere else, their bluegrass-tinged folk songs bringing to mind the vast sweeping landscapes of the United States, from the New England hills through the Rockies and the Deep South and beyond, as they sing about buffalos and herons and rivers and bees.

The album pivots around a countrified, a cappella cover of jazz classic ‘How’m I Doin’’ – a track which acts a sort of base from which others seem to sprout. In fact it was ‘Dog Song’ that brought the trio together as a band, a song penned by Molly Erin Sarle, learnt by Alexandra Sauser-Monnig and then practised to perfection with Amelia Randall Meath. It typifies what’s so good about much of the album, with its nods to nature, sliding harmonies and gentle, deliberate guitar.

Contained in the recordings are sighs, laughs and the clearing of throats – giving the recording an extra intimacy – but what marks it out more than this and more the complex, three-part harmonies which flit so gracefully on the air is the sense of stillness and calm which pervades. It’s the mark of a band totally in control of their trade – despite the fact two have them haven’t even graduated yet.