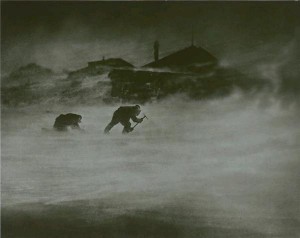 Shabby Rogue released their album “By Hook and By Crook” earlier this year, showcasing their blend of country, blues and folk. Our New Band Panel gave single ‘Old Man’ as well as two other tracks, “My Life As A Secret Agent” and “Juliet” a listen before casting their verdict.

Louis Gilbert: With new single ‘Old Man’ not to be confused with any young Neil, Shabby Rouge sing a love song with many a time signature change with Can-esque drumming and some lovely three-part country harmonies. This strange dichotomy really works, especially with some lovely John McGeoch lead guitar to end it. The other songs are a little more straightforward with an Americana tinge on “Juliet”.

Anna Mellor: Shabby Rouge describe their debut album as ‘a dark, sprawling, internally driven piece of work’, but what I hear is far from this. The single ‘Old Man’ sounds like a poor attempt to mix 60’s rock with country melodies and the whole effect sounds very empty and uninteresting. It gets worse though, ‘My Life as a Secret Agent’ sounds like a joke attempt to write a song for the next James Bond film. ‘Juliet’ saves them a little with its Dylan-ish melodies and lyrics that are actually a little insightful this time. Still, I wouldn’t waste your ears.

Jono Ganz: Shabby Rogue’s single, ‘Old Man’, is undeniably sinister. From the beginning, a subtle guitar riff creeps along, accompanied by a violin which can only really be described as suspicious. The vocals contribute to this sheer uneasiness, the repetition of the lyrics driving them home into the listener’s head. The tension breaks in the chorus before the song lurches back into eeriness, carried by a drum beat that sounds like it has been lifted straight out of a Tool track (which isn’t a bad thing at all). I think what prevents this from being a great track (rather than a good one) is its inconsistency. It builds momentum in the verses but the sparse chorus breaks seem to undermine this and slow the flow of the song. Don’t get me wrong, the band is promising and this really shows in some of their music, but in my opinion, ‘Old Man’ doesn’t feel whole.

‘Old Man’ is released as a single on June 7. You can check out Shabby Rogue’s myspace page here.