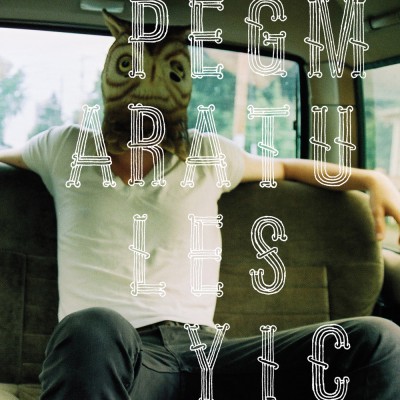 Zach Tillman, the man behind Pearly Gate Music, is the brother of Fleet Foxes drummer Josh Tillman. There are two reasons why it’s best to mention this up front, I think, rather than dance around it. Firstly, Josh’s name is all over the press material – Zach’s obviously expecting if not encouraging the link to be made. Secondly, the pair are musically related too – cousins, if not quite siblings.

There is a more rootsy feel to Pearly Gate Music, a rawness which is at odds with the sumptuous Foxes sound. What they have in common is an impressive ability to allow their songs the space to speak for themselves. Single Big Escape is a lo-fi delight with insistent drums and distortion, while Navy Blues fools you into thinking it’s a ballad before dissolving into a raucous campfire sing-along. The plaintive, haunting chorus of I Woke Up seems almost too slight to hang on a song on but hangs around in the air and the mind to become one of the album’s standouts. When proceedings do start to get a bit ‘Sun It Rises’ on Gossamer Hair, he cuts right through the middle of it with a blast of, well, noise.

There are other influences here too. Bad Nostalgia has a touch of 60s pop about it, while opener Golden Funeral is played over an ethereal shimmer which totally justifies Zach’s choice of moniker – it’s not hard to imagine listening to it as you wait in line to speak to Saint Peter. Zach certainly has no reason to fear comparisons with his brother – he is ploughing a different furrow here, one which is tangential rather than parallel, and he does it with languid charm and self-assurance.

Now someone get me on the guest list for the Tillman family reunion.