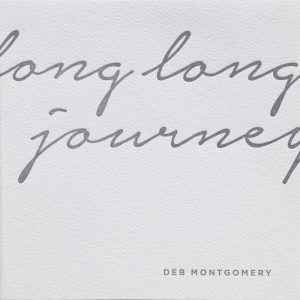 For every Young, McCartney, and Baez—brilliant songwriters who find acclaim on a much-deserved international scale—there’s a composer, performer, and lyricist who can prove their worth just as well who falls through the cracks. In the case of artists like Chaim Tannenbaum, they go a while before they’re found, but ultimately—and luckily—their songs become something to finally showcase to a willing public ear, regardless of how long it took them to get there.

Thankfully, the song stylings of the immaculate Deb Montgomery fall into the latter camp. Though she’s shared the stage with names like Ron Sexsmith and Bob Wiseman, her twenty plus years of songwriting finesse seem to have not touched the ears of most fans in the making until far more recently. She performs with a plaintive acoustic quality to her music that comes slinking through as smoothly as silk, tackling her music with such believable yearning that she relays herself to her audience as an utterly relatable folk singer right out of the gate.

On her Bandcamp focus track, ‘Hail to Helpless Things’, this much comes across as obvious straight away. The remainder of the songs on her Long Long Journey follow that same trajectory, compassionately relaying strings of love, longing, and a renegade religious streak that flows throughout the album with a haunting undertone. To put it bluntly, Montgomery’s latest is folk music at its purest form, diluted down to just one woman, her guitar, and the stories that they have to tell together.

For folk’s sake, give this one a spin!