I’m not sure I believe Ed Harcourt when he says he’s a ‘beast of a man’, as he claims on ‘Loup Garou’, the 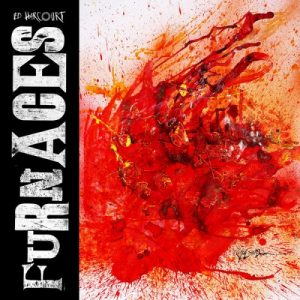 third track of his new album, Furnaces. In my admittedly limited experience of man-beasts, they don’t go woo-ooo-ooo before telling you they are man-beasts. Neither do they add a qualifying ‘don’t you know’ – not if they really want to convince you, rather than cause you to raise a suspicious eyebrow.

In any case, Harcourt is a piano balladeer, right? Thoughtful of melody, sensitive of arpeggio, neat of beard? No? Well, no. Not these days. Listen to Furnaces and sweat along to the stark arrangements, dark rhythms and discomforting harmonies – with some furious nodding towards late, late period Bowie.

In truth, Harcourt has always been a chameleon. Track down a copy of From Solar to Polar if you can, the raucous second album of his alma mater band, Snug. It’s a joy. From there on he has explored all manner of ideas as singer, songwriter and multi-instrumentalist, some interesting, others less so, but the ambition for variation has always been there.

Whatever musical idea he is mining, Harcourt is at his best when his lyrics are simple and unselfconscious, allowing his melodies and voice the spotlight they deserve. His voice is a true asset. ‘The World is on Fire’ on this album is a gorgeous exemplar of this.

Unfortunately, Harcourt also has a frustrating habit of reaching for the reverb, embellishment that his work often just doesn’t need. On ‘You Give Me More Than Love’ the understated intro lures you into the very centre of one of the dystopian realities Harcourt is reaching for on this album. That is, until the shimmery vocals drop in – and you’re snapped back to the reality of the vocal booth, of the blue-lit stage, dry ice and all.

Fifteen years after his solo debut Harcourt has arrived at an album full of Cimmerian surprises, an unsettling but nourishing counterpoint to some of his earlier work. The jury’s still out on how beastly he is, but Ed is clearly in a dark place. Albeit he may have tilted the venetians and popped the light off himself.