Summertime seems perfect for a dose of infectious, jaunty and well crafted rock and roll songs, and for the 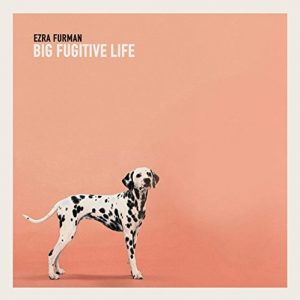 second summer in succession, Ezra Furman has taken up the mantle of releasing one of the ‘songs of the summer’ ™ . After the radio ubiquitous of ‘Lousy Connection’ from 2015’s Perpetual Motion People, comes ‘Teddy I’m Ready’, which combines a falsetto chorus with a saxophone solo, something that sounds truly great, if a little jarring in words. The track comes from a new 6 track EP Furman is releasing, called Big Fugitive Life, and provides a sense of where Furman may be headed in his next full release.

The EP can be best split into two distinct sides. Tracks 1-3, including ‘Teddy I’m Ready’, make up the Rock and roll Side A, whereas Tracks 4-6 are a little quieter, somewhat reflective. The comparison between the rush of blood to the head of ‘Halley’s Comet’ and plucked strings of ‘Splash of Light’ make for a varied record, and showcases both sides of Furman’s musicality. “All of life/is a splash of light/through a fuzzy filter/through a blurred lens” could be line from a Neil Young track, and sees Furman exploring the thoughts in his ‘haunted head’ (a reference to the track from Perpetual  Motion People). A quite wonderful track.

Serving as a stop-gap between records, Big Fugitive Life stands on its own as a worthy release, and will no doubt be the ear worms of many people across the country throughout the summer.