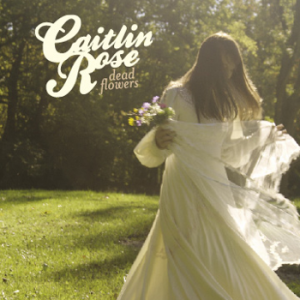 Nashville’s Caitlin Rose sings and sounds like June Carter. She’s part of a new generation of country folk singers but her debut EP Dead Flowers could have been lifted straight from the late 1960s.

It’s full of catchy little country-esque tracks that are a mixture of guitar-based songs to ones just consisting of her voice and a tambourine. The best one is ‘Docket’ – featuring the lines “I got a sweet bike it gets me real far, it doesn’t break down like my sweet car” – it has a more modern feeling to it than the others, without taking itself too far from her sound, and is very like something you would have heard in the film Juno. Dead Flowers is well worth a listen.