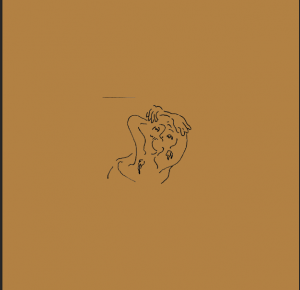 When singer-songwriter Stewart Bronaugh quit his job as a day labourer in both Chicago and San Francisco and returned to his native Nashville, he decided to resurrect a project he’d originally started back in 2010. He hooked up with drummer and “intuitive dogmatist” Joshua Jaegar. After a brief hiatus as members of Angel Olsen’s backing band, touring with her throughout 2014, they returned to the midwest and reformed Lionlimb.

Shoo is the result of those years of hibernation and it’s been well worth waiting for. Single ‘Domino’ is a great starting point and, two tracks in, it’s obvious that we are in the company of good songs. With drums stuttering to a stop before kicking off again, it’s the gaps between the notes that live with you the longest. All the tracks have a decidedly retro feel and, at first, it felt a little one-note. It’s only with repeated listens that it’s clear that the songs fit together so well as a whole. Who needs variations when the one trick is good enough to start with?

Saxophones, pianos and organ accompany the jangle of guitars and the husky voices sit amongst the music, especially on tracks ‘Tinman’, ‘Just Because’, ‘Turnstile’ and ‘Hung’. There are obvious echoes to Elliott Smith throughout but at certain times you can hear tinges of 10cc and David Bowie too. The music is infinitely stronger than the lyrics but sometimes that’s all you need.

The stand out for me is ‘Lemonade’, a song that makes me happy every time I hear it. It’s also an album that gets stronger as it goes on. Its jazz influences come to the fore in the later tracks. Shoo is an album that I’ve grown to like more every time and is one that I’m looking forward to returning to during the months to come.