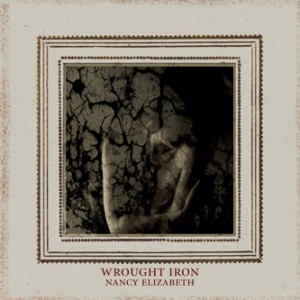 There’s about a billion different ways to approach the classification of music, ranging from the very obvious to the really quite useless. On the former’s front, one might choose to classify their music by genres – rock, pop, classical and folk, of course. Perhaps vague crossover genres; folk rock, gothabilly or classical kazoo funk. For the latter, one might try to classify music by, say, themes. Songs about boats, therefore, must be kept separate from songs about clocks, or trains, or cookie jars.

Though I tend myself to define music by genre, I also very often choose to consider music by intended audience numbers. This is to say that an album by an artist like The Black Eyed Peas would be much more suited to a large group of people at a party for people with terrible taste rather than one person driving home quietly from work.  Queen’s Greatest Hits is more enjoyable sung along in the car by a family of four than by a scout troop around a campfire.

Nancy Elizabeth’s incredibly pleasant Wrought Iron is an album made for one – to be enjoyed quietly and reflectively in the comfort of one’s own company. It isn’t a big album by any means; certainly no songs here are fated to become future karaoke classics.  Then again, it isn’t trying to be that. Wrought Iron is simply another warm and cosy folk album for personal consumption.

Though there is nothing particularly original about the album, Elizabeth has served us an excellent home-made version of a well known recipe.  All the old ingredients are there – the creaking of wood, the occasional instrumental, words of winter sung by such a delicate voice.

Beautifully arranged, the album is rich and full without ever seeming overbearing – Elizabeth brings to mind the more fragile elements of last year’s Blue Roses debut whilst forgoing the more theatrical elements.  With Blue Roses it was just these elements that raised her album a step above the rest, and perhaps this is why Nancy Elizabeth settles merely at the top of a very normal, but very enjoyable, pile.