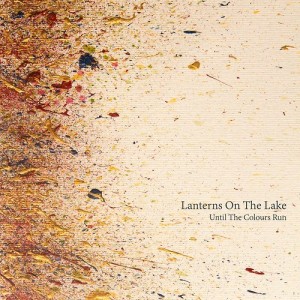 Having never seen Lanterns on the Lake perform live, I’ve always found them quietly mysterious. Until the Colours Run, the follow up to the well-received Gracious Tide, Take Me Home only adds to this image. There’s still oodles of reverb and effects expanding the sound to vast extra-member proportions, although the occasional orchestral instrument makes a break to sound ‘natural’ – strip away these effects, however, and Lanterns on the Lake become more of a traditional folk outfit. Acoustic guitars and strings punctuate and support musical tales that step away from the band’s romantic debut record, and towards more aggressive themes. “They’re not fit to breathe our air…” singer Hazel Wilde sings coolly on ‘Another Tale from an English Town’, “We were sold a sweet young lie”.

However, fans of the Lanterns’ debut LP will not be disappointed by middle track ‘Green and Gold’, which strips back the wall of sound and emotes as strongly as ‘You’re Almost There’ from the first record did… albeit with a denser cloak of the ever-present reverb. And that’s the personal sticking point for me – why cover up such beautiful instrumentation with so much of it? And why hide the natural sound of Wilde’s voice at all times? One hopes that the band consider releasing an EP with more natural versions of the tracks sometime in the near future. Until then, there’s still plenty here to enjoy.