London born and Manchester raised folk troubadour Sam Sallon has been making music ever since he was a wee laddy, supporting Mexican duo Rodrigo y Gabriela, Pete Doherty and tthe likes of Johnny Flynn, Fionn Regan and Lucy Rose in the past. His new EP, Kathy’s Song, comes out on the 21st January, followed by debut album One For the Road later this year. 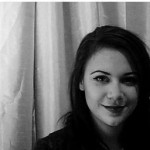 Natalie Tompkins: Not many singer/songwriters would have the guts to take on a Paul Simon classic but Sam Sallon approaches this task with the grace and ease of a true folk artist.

‘Kathy’s Song’ seems a bit of an odd choice to release as a single but, being about a singer/songwriter, it seems to make sense. Thankfully Sallon hasn’t messed about with the track too much, adding a small hint of drama with the strings but still matching the simplicity of the original.

Sallon comes into his own on the rest of the EP. ‘You Are Home’ not only includes a bit of much loved British quirkiness and charm but also shows off his striking vocal ability.

‘War’ mixes raw emotion, deep lyrics with Sallon’s honey-like vocals into one melting pot of heaven (beware, ladies), while ‘One for the Road’ breaks all the rules with a harpsichord and some accidental harmonies thrown in, giving a feeling of a medieval folk madrigal. This evolves into something entirely different, darker and more electronic, potentially providing a little insight into what his debut may sound like.

Rosy Ross: You may not have heard of him yet, but London-based singer songwriter Sam Sallon has been gigging ever since he was a teenager. He played a few major UK festivals last year and toured the country extensively throughout 2012.

Although the cover of Simon and Garfunkel’s eponymous track shows only minor development of the original song, it’s nevertheless a good rendition; I like the warming swell of strings halfway through, and Sallon is certainly equal to the task of paying homage to the beloved 60’s folk duo’s work.

Sallon has a great voice that complements his gentle acoustic guitar perfectly, and is rich enough for a simple instrumental accompaniment. ‘War’, a live recording from a past gig at the much-mourned Luminaire in Kilburn, demonstrates this well.

Like a true folk player, it seems Sallon likes to strum a gentle folk tune, with lyrics that tell a socially attentive story. The aforementioned ‘War’ and ‘One For The Road’ are particularly thoughtful reflections on personal and global conflicts. ‘You Are Home’ follows suit and asks “What’s it all about?”, but leaves us to consider the answers. All in all, ‘Kathy’s Song’ is a rewarding EP to listen to.

We want to know what you think too- have a listen and give your thoughts on Twitter to @forfolkssake please!