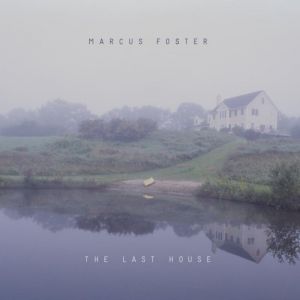 The Last House is the latest offering from 24 year old London based singer-songwriter Marcus Foster. Interestingly, though this is not entirely relevant, he has an MA in sculpture and I have seen his work exhibited in the Saatchi Gallery. Though, clearly his talents extend across a whole creative spectrum as illustrated by his music career.

There are sounds on the EP which make it easy to compare Foster to other artists. For example, the opening notes of ‘Worn Down By Time’ are somewhat reminiscent of the Red Hot Chilli Peppers circa 2002, but Marcus Foster’s fantastic vocal combined with epic percussion and a horns section makes for a far more exciting and animated sound. ‘In This Town’ sounds like the love child of Fionn Regan’s first albums and the Miserable Rich while ‘I Won’t Let Love Get In The Way’ has a similar sound to fellow Communion-er Michael Kiwanuka. However it is Foster’s vocal that makes these tracks sound wholly distinct from other artists as his soulful voice rasps with amazing emotional intensity.

‘Strange Woods’ is a distinct change and mood with raucous horns and a shouting vocal. This is pacified by the next track ‘The Last House’, a mellow and at times unsettling instrumental track, characterized by moaning strings. If there were to be a duff moment on the EP it would be these two tracks, as they do not seem to really fit. However Foster fully redeems himself with the final track ‘Solid Ground’, which brings the record to a gentle, acoustic close. With The Last House Foster has produced a varied set of tracks, most of which are hugely enjoyable.