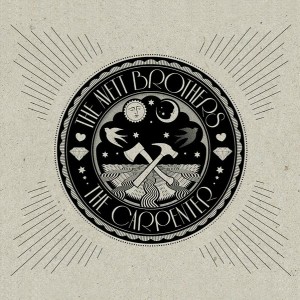 What more do you expect from two banjo and guitar playing brothers from North Carolina than utter charm? This is exactly the sentiment that the Avett Brothers have created with their latest album The Carpenter. The lilting country harmonies, charming lyrics and twinkling riffs of the opening track promise an album that will see anyone through autumn and well into winter. The fact that the band is made up of two brothers and their friends gives the impression of being distinctly homespun, before we even hear the music. In spite of this the album sounds wonderfully polished, giving the perfect balance between the personal and familial nature of the band and the universality of their music.

Being brothers, Scott and Seth have been playing music together their whole lives, but as a band the Avett brothers have been around since 2000, meaning they are relatively well established in the world of country and folk. Their music feels equally comfortable and familiar. The album juxtaposes lyrics about love, loss and aging with raw country bluegrass particularly in ‘The Pretty Girl from Michigan’ and ‘I Never Knew You’, meaning that the melancholy of the lyrics does not drag down the pace and tone of the album.

Although ‘Geraldine’ is in danger of sounding similar to the soundtrack of Rent it does bring up the mood of the album. Whether or not the Avetts were aiming to imitate a masterpiece of modern musical theatre, probably not, with their status as a folk rock band, this short track provides some light relief from the more serious songs on the album. The maturity of the brothers is clear from their choice of subject matter, they emphasise the transience of life continually, the mantra of ‘Down With The Shine’ being “all that come here, comes here to pass”.

Overall the Avetts have created an album that illustrates their time making music, the mature perspective provokes lyrics the dwell on the more serious questions in life, while their sound remains full of country charm and poise. The Carpenter is an emotional one, perfect for when you’re wrapped up warm while the rain is beating down outside the window, which it surely will be in the coming months.