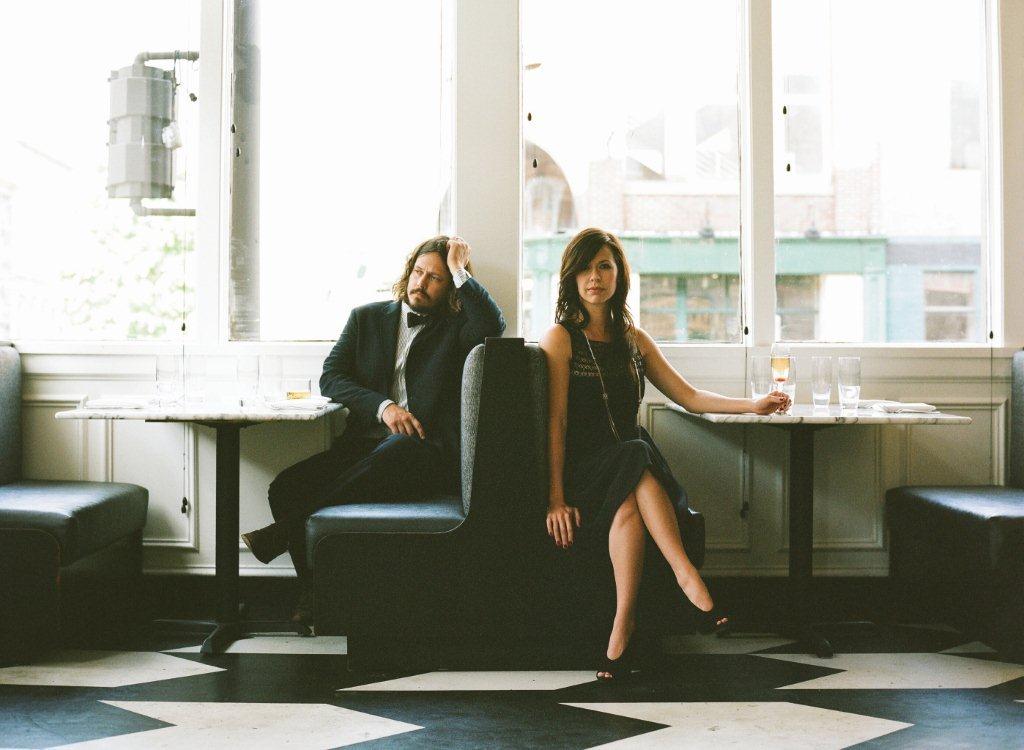 The Civil Wars: never was a band name more apt.

Reviewing the duo, who have just cancelled the rest of their tour and gone on hiatus citing ‘differences in ambition’, is a tricky one.  Leaving The Roundhouse last Tuesday I was looking forward to enthusiastically recommending the show to any man, woman or child that might have strayed across my path. However the news of the cancellation, which was released almost straight after the duo’s short but sweet encore has sadly put paid to that.

On the surface, The Civil Wars have plenty to be happy about: their debut album Barton Hollow was released in the UK earlier this year to critical acclaim, and their collaborations with pop starlet Taylor Swift have seen their music reach audiences that a typical older folky duo might never manage, as evidenced by the diverse crowd who packed the gig out.

Rewinding to the start of the night, Fossil Collective were fun, fresh and seemingly bloody delighted to be there. A great group with bags of energy and talent, they promised to ‘rock the party in a friendly folk way’, which they admirably achieved.

The Lumineers followed and brought their high energy, engaging and technically superb set to the stage, bantering with the crowd and performing some excellent music, including their best known song on this side of the Atlantic, ‘Hey Ho’. Far more than a flash in the pan act, the band have been supporting The Civil Wars on tour, and it remains to be seen what will happen to them now. However its clear the band has a bright future ahead of them, and will be touring as a headline act around the UK and Ireland next year.

When The Civil Wars walked into the stage to a rapturous reception, only a keen body language expert may have noticed something amiss. The gig itself was technically perfection, with Williams’ achingly beautiful voice accompanied by White’s guitar soaring through a medley of their own work (‘Barton Hallow’ and ‘Safe and Sound’ being two particular highlights) and excellent covers, including ‘Billie Jean’ and ‘Dance Me to the End of Love’, which finished their to short encore. A simple set up, with Williams accompanying White on the keyboard for one song only, they let their talent shine through.

The Civil Wars are amazing. Their talent, ability and ambition are a joy to see and hear. I admit I did notice there was a certain connection lacking, but I put down to it being my first time seeing them live. I doubt anyone was expecting such news straight after such a divine set in the middle of one of the biggest tours they have undertaken so far in their short but sweet musical collaboration.

No matter what the behind the scenes situation is with Williams and White, their unique talent and incredible musicality will long be remembered by the people lucky enough to have seen them on this too short tour. We wish them a speedy reconciliation, and hope that 2013 will be a happier year, both for the band, their families, and their many fans.