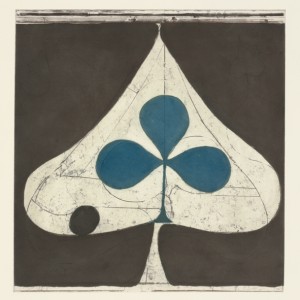 It’s far from an unfamiliar story: art-house indie band makes a huge breakthrough album, and then wrestles with the right way to follow it up for years. Veckatimest catapulted Grizzly Bear out of the experimental backwaters and firmly into the limelight, with a top 10 placing on the Billboard charts and a rush of calls to appear on US network television. What began as Ed Droste’s bedroom project in 2004 was suddenly one of the biggest buzz bands on the planet.

All that takes some getting used to, no doubt, and so Grizzly Bear went in to hibernation to figure out their next move. The three years since have not brought total radio silence – Chris Taylor has thrown plenty of energy into the creation and running of his record label Terrible Records and one of their key bands, his side project CANT. Last year, Daniel Rossen released his Silent Hour/Golden Mile EP, all helping get us through a wait that barely seems three years, even though the band have had time to scrap an entire album in search of the perfect follow-up.

Rossen’s EP should have told us that when Shields arrived, it would sound very different. The songs on his EP would have fit quite comfortably on Veckatimest, and that was the point – he wrote them for the new album but then released them as a stand-alone EP when he decided they were not right for the new Grizzly Bear record.

Now we know why. ‘Sleeping Ute’ announces the fourth full-length Grizzly Bear album to be spiky, more aggressive than its forerunners. Of course, given the thick, thick layer of polish coating Veckatimest, that was not necessarily going to be hard but it seems like a goal in itself here.

When ‘Yet Again’ was posted on YouTube recently, one comment criticised it as Grizzly Bear’s Coldplay moment (we’ll say it was a criticism, anyway – it certainly provoked outrage in the comments section) but while it does veer towards the epic pop song in its stomping rhythm and cascades of choruses, the remark ignores the buzzsaw sound of the guitars that bubble underneath before boiling over at the climax.

Then there’s the sharp twang of ‘The Hunt’, or the slightly confused ‘Speaking In Rounds’, which sounds like something off a Radiohead album before becoming some kind of reprise of Veckatimest opener Southern Point put in a vice.

The soaring harmonies that marked so much of Grizzly Bear’s work to date are also noticable if not for their absence then for their greatly reduced role. The result is an album that sounds like the battered and bruised cousin of its immaculate forerunner, raw and immediate. Grizzly Bear are no longer after your head. Now they want your heart.