Welcome to the New Bands Panel, where our writers profile promising new artists on For Folk’s Sake’s radar. We want to know what you think of @boletes- thoughts on twitter to @forfolkssake please!

Rosy Ross: What on earth, you may ask yourself, are boletes? Well, they are edible wild mushrooms. Boletes, however (capital B, see?) is also Edinburgh-based singer-songwriter Roy Gornall, who with FLAWS has created an album of softly-worded night-time lullabies inspired by the dark, the shy and the wild.

A simple coupling of acoustic guitar and voice runs through the eight songs included in Flaws, with occasional suggestions of strings and electronic embellishment used sparingly in certain arrangements. Particular highlights include the strange ‘Creature’, which sets up an intimate tone for the entire album, and sounds like sliding into that dark, somnolent state between waking and dreaming.

‘The Pigeon in the Murder’ stands out as a bittersweet fairytale that hints at the wry humour underlying the music; the murkier ‘Khaki’ uses a voice so distorted as to be incomprehensible, another instrumental layer in a mysterious song that left me wondering.

This is a nocturnal folk record, to be listened to with the lights out. Gornall has put up the album for download under a ‘name your price’ amount, and it’s definitely worth opening your door to these shadowy songs. 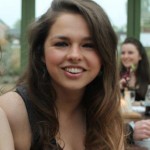 Amelia Steele: Opening with a very Felice Brothers-esque accordion intro, the album FLAWS from Boletes sets out to be a promising debut. As the first lyrics are sung, we feel ourselves slipping, together with Garnall’s rasping vocal, into a world of acoustic guitar complimented by loops, synths and effects, which produces an ethereal and, at times, eerie sound.

The melody and lyrics of ‘The Pigeon in the Murder’ are somewhat reminiscent of Fionn Regan’s first album, featuring strummed guitars that build to a satisfying peak. On the whole, though, Garnall’s voice combined with the use of electronic effects creates a more haunting and melancholic atmosphere.

Repeating patterns, breathy vocals and intense lyrics in songs that often evade the verse/chorus structure make for an album alludes to something more than acoustic, singer-songwriter folk. The songs evoke a sense of unease, paradoxically palpable and altogether ineffable, though in the final track we are reassured that “It’s all going to be fine.”

Having already supported the likes of Tommy Reilly, Frightened Rabbit and Emma’s Imagination, Boletes are set for a promising future. Especially if the follow-up album has slightly more body, with perhaps more instruments introduced and a complimentary second vocal.

FLAWS (Forest Records) is the debut album from Boletes. 50% of the download profits from the album are going to help fund the return of Forest Café, an Edinburgh-based arts and events charity. You can buy the album here.