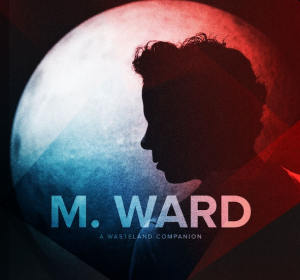 M Ward’s A Wasteland Companion is a graceful, forward thinking work, a natural next step from his previous solo work. It is still his brand of relating his wide musical influence through his unique stylistic filter and he is still utilizing his genius-level ability to create cornucopias of structure and sound that somehow sound as familiar as a 12-bar blues. But now there is additional confidence and optimism in this latest album.

The front half is mainly comprised of up-tempo, seemingly straightforward pop songs. Rhythmically steady and lyrically easy, Ward shows off his ability to make music ‘accessible’, one of this greatest strengths. Even as he writes rather complex songs— with elaborate chord progressions, swift shifts from major to minor, surprising dynamics changes at non-standard moments—his work on A Wasteland Companion is completely comfortable. Ward clearly believes the listener is keen to enjoy such palatable complexity, and seems to enjoy sharing it. He expands on this idea in ‘I Get Ideas’, “Your eyes are always saying/the things you’re never saying/I think they could be saying/that you could love me too/ but that’s the whole idea/its true/that lovely idea/that I’m falling in love with you”.

The second half of the album is a bit quieter, but still just as textured and lush as the front half. If one listens closely, the true meat of the album may actually be found in the sparse lyrics and waves-lapping-on-the-beach musical approach of the later half of the album.

Ward has again produced a work that gracefully expresses his own identity, but that is also sure to remind us that that identity was formed through the input of innumerable influences.