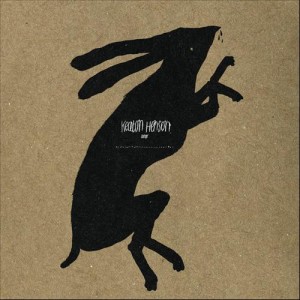 “Keaton Henson spends his time alone, writing songs and sometimes drawing, he doesn’t like to talk about himself,” so says his website.

Anxiety can eat away at the soul, burning the eyes into hollow caverns and leaving one nailed into the corner of a room. Those afflicted seem destined to watch as life passes them, leaving observers to gaze with sadness at these individuals too fragile for this world. Keaton Henson is crippled by anxiety, so much so that he is unable to perform in public. If you’re yet to hear his music then the melodies floating around in your head will no doubt be morose and you wouldn’t be far wrong.

The brilliant ‘Sarah Minor’ recalls the bittersweet songwriting of Peter Krebs. ‘You Don’t Know How Lucky You Are’, released as a single prior to this album, has the beautiful soundscapes of Secret Stars, with the melancholic aura of both Scout Niblet and Tiny Vipers hanging over it. This aura is also found in ‘Flesh and Bone’. Reference to other artists of sweet sadness, such as Ida, Laura Gibson and Julie Doiran can be found etched into the remaining songs of Dear…

My first encounter with Keaton Henson’s music came with the video for the excellent ‘Nests’, the song which is still my favourite. In this Henson is found playing alone in a forest whose air hangs with an eerie funeral mist, not unlike the grainy imagery of the ‘video’ featured Japanese horror film the ring. It’s a poignant image, one that that sees the viewer’s memory ache towards the ghost of Nick Drake. It’s an easy association to make, as Henson’s music shares the delicate finger picking and airy voice that are hallmarks of Drakes music. After a particularly galling experience, playing in front of an apathetic crowd, Drake also shied away from public performances.

As well as the connection to Drake, Henson shares with Elliott Smith the capacity to release his demons and be all that stronger for it. Yes his music is fragile, but it’s a fragility bound by conflict with the world’s dark matter. Henson is fighting against his turmoil. This is music to listen to when all the clouds are grey, enabling you to find strength in being able to pick them from the sky and hold them in your hand, to control them. His brilliance then is to create a sense of togetherness with the listener and for a debut release this really is a triumph of songwriting mastery.

He’s not the new Nick Drake, nor the new Elliott Smith, he’s the only Keaton Henson and that’s something that’s quite magnificent.