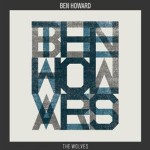 The Wolves have been kicking around for well over a year now, but they must be getting hungry (or rather Howard’s fat cat record label Island were) as the mellow summer beach ditty with its fairy tale lyrics has been packaged up as a single. This isn’t the Mountain Goats ‘Up the Wolves’, don’t expect engrossment or danger – but do expect a song a cut above the usual Radio 1 friendly summer surf hits – strong arrangement, weighty lyrics and catchy in a subtle, creeps up on you like a pack of hungry wolves, sort of way. 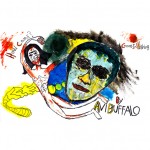 If Ben Howard left me yearning for something a bit more difficult, Avi Buffalo quickly have me wishing for his simplicity with their disparate, winding avenues – I don’t know which bit to listen to, or how. But after a few minutes I adjust and
get into it, especially the single’s B-side, ‘Good I’m Wishing’, which has some wonderful, distorted crashing guitar stuff going on. I don’t know why the vocals on all this sound so much sparser and more detached than they did on Avi Buffalo’s last album, hopefully it’s just a phase – but that aside, this is colourful, fun, alt-pop, which sometimes make you work a little bit harder. 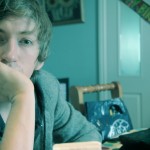 And this review ends, as most plays do, with The Blackout. Lots of imagery about warmth, candles and firewood, all moving at an absolute snail’s, or if you will, a Jose Gonzalez’s, pace. The song is the only one of the week’s singles I can imagine
someone getting out their guitar to play in a corner of a pub – it has that live, breathing, quality to it. Reviewing it as a single seems a bit disingenuous, its too slow and there is too little to it to stand up on its own – it needs a setting, an album or a live venue or a film to soundtrack – but it’s sensitive and lovingly made and, once you adjust to its pace, very good indeed.