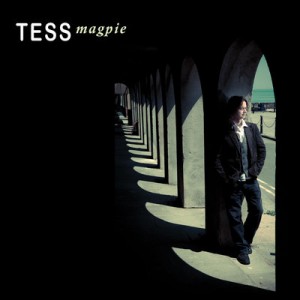 Kent singer-songwriter Tess has managed to create an album which is both instantly likeable and a bit of a grower. Magpie is distinguised by well-crafted, honest songwriting while the vocal delivery is perfectly understated. Opener ‘Big Room’ has dark lyrics hidden lurking amid an upbeat sound, a fine contrast though not one repeated on the rest of the album.

Instead, Magpie is full of lush strings and beautiful melodies that help to push it along and will keep people listening. Engaging lyrics will capture the listener’s ear from the beginning of the album to the end.

Being a big Elliott Smith fan, a highlight for me was ‘Elliott’, a song inspired by the late singer-songwriter whose influence is apparent elsewhere on the album too. Other highlights include ‘River’ and ‘The Warren’. ‘River’ has the added depth of female harmonies and talks of travelling and continuing to move on from place to place. ‘The Warren’ also has female harmonies creeping in but offers a slightly different mood. The title track is upbeat and seems to be full of hope and freedom which adds a lightness that prevents the album from getting too heavy.

Magpie fits together nicely and will grab listeners first time with no obvious weak tracks. But it will only benefit further from repeated plays, as I found myself reaching for it again and again, and discovering something slightly new every time I did.