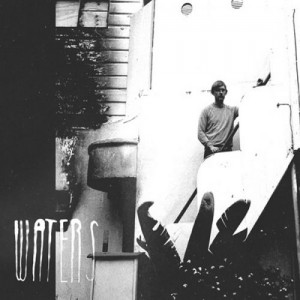 “Oh my God, I found I was a free man out on the road” exclaims Van Pierszalowski over the raucous opening lines of his new project WATERS’ debut album. Port O’Brien is dead, and from what we’ve heard, it was a painful, factious death – the oft-cited “creative differences” leading to a slow, frustrating disbanding of the group. That it was neither amicable nor swift, with Pierszalowski soldiering on during the 2010 UK tour even though two members of the group declined to travel, seems to have taken its toll, so now that he has finally broken free, there should be little surprise that he opens Out In The Light with a thrashy song of shimmering freedom.

After completing that messy divorce from Port O’Brien, Pierszalowski took himself off to Norway, where he wrote the bulk of this new album. It is the sound of a man released, of pent up frustrations let go. The sound of Port O’Brien is there, but the intensity level is cranked up, and so are the guitars. The influence of Neil Young – never one to let personal relationships and bands get in the way of his muse – is all over this, never more so than on the stand-out ‘O Holy Break of Day’, where Pierszalowski seems to be trying to bridge the gap between two of the great man’s masterpieces, marrying the desolation of On The Beach with the guitars-distorted-to-the-point-of-broken noise of Rust Never Sleeps.

Not everything is so close to the edge. The title track provides melodic relief, while the acoustic-led ‘Ones You Had Before’ breaks up the raucous ‘Back To You’ and the thumping ‘Abridge My Love’. Pierszalowski continues to flit between styles and moods throughout, hinting at the range of conflicting emotions he must have gone through while writing and recording. Out In The Light is the sound of a musician revitalised, and finding his voice all over again, and it makes for a thrilling ride.

You can stream ‘O Holy Break of Day’ below: