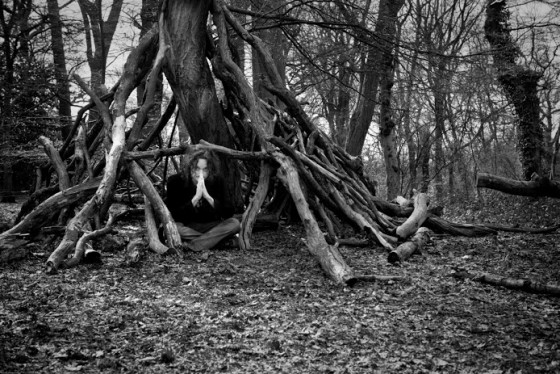 If you find yourself frustrated by a sense that the ‘folk’ label has been snatched by more and more mainstream artists and twisted into something bland and unadventurous, a catch-all label for anything with an acoustic guitar, how do you reclaim it? James Edge’s answer was to gather his band together, unrehearsed, give them some loose pointers and hit record to capture the raw energy that powers ‘On A Red Horse’. And then, once you’ve unleashed that angst into four minutes of an uninhibited clamour, how do you represent it on screen? Edge worked with animator Ross Butter to recreate the stream of consciousness which was poured into the song writing, a painstaking process of hand-drawn animation which took almost a year to complete. And – assuming your boss isn’t sat right behind you – you can sample the startling results here.

‘On A Red Horse’ comes from the EP of the same name, due out next month, continuing in the vain of 2010’s In The Hills, The Cities and follow-up Machines He Made as Edge and his band explore the boundaries of folk and jazz in such a way as to render the words pretty meaningless. It’s a challenging listen, but a rewarding one. “I want to change the way people think about acoustic music and start redefining what it can be,” Edge said. “I am pleased to have found, in Folkstock Records, a label brave enough to take on the challenge of releasing something as unusual and abrasive as On A Red Horse.”