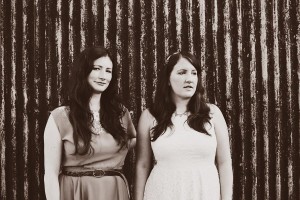 Fronted by sisters Rachel and Becky, The Unthanks are an English folk group who are known for their unique blending of traditional folk tunes with other, eclectic sounds and influences. The band’s 8th studio album, Mount The Air, was released in February this year, to critical acclaim and five star ratings. It has so far been described as ‘experimental’ and ‘discreetly radical’ by critics, and is certainly a release for the band to be proud of.

The Unthanks have just announced that a third single from Mount The Air is to be released, entitled Died for Love. The track is a traditional English folk song that The Unthanks have rearranged in their own style. Died for Love will follow the singles Mount the Air and Flutter, which were released in December 2014 and February 2015 respectively.

The Unthanks have also announced that they will be headlining the Pyramid Stage at Glastonbury this year, with a 26-strong orchestral ensemble behind their usual five piece line-up. As well as Glastonbury, The Unthanks have a busy year ahead of them, including headline sets at six other UK festivals, and a tour to promote their latest album.

Tour dates and festival appearances are as follows: