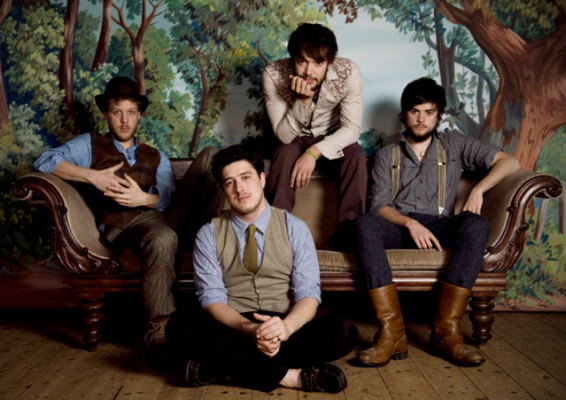 Mumford & Sons have announced that they are in “the final stages” of their new album, following the 2009 debut album Sigh No More.

Ben Lovett, multi-intsrumentalist from the band, spoke to MTV News saying: “We are in the final stages, we’re not finished, we don’t quite know the exact tracklisting. We have kind of road-tested some songs, and we have picked up some new songs and dropped some ones that people might have thought we were going to be putting on the record. We just want to make a record that’s cohesive and one that we feel represents us best right now.”

He also mentioned that a release date had not yet been decided. However, he did say that “We are being urgent with it and we are working hard”. It has been confirmed that it will come out this year though. Hurrah! At long last, and we can’t bloody wait.

Mumford & Sons play, among others, at RockNess festival in June alongside Biffy Clyro and Justice.