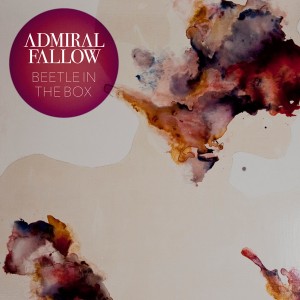 Admiral Fallow have given us the first taste of the follow up to their cracking debut album Boots Met My Face by offering a free download of new single ‘Beetle In The Box’. Click here to get the track.

The track, which was debuted on Huw Stephens’ Radio 1 show before going live on their website, is due to get a physical release in March on a limited edition white vinyl, preceding the May release of their sophomore album.

The band will play a pair of shows in Glasgow this weekend, headlining the ABC on Friday the 27th, and supporting Snow Patrol at the SECC on Saturday before heading to London’s Borderline to play HMV’s Next Big Thing show with We Are Augustines on February 2nd. But if you don’t have a ticket already, you’ll miss out as all three gigs have sold out.