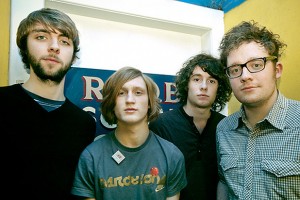 Drawing influences from the likes of Neil Young and Neutral Milk Hotel, Three Blind Wolves have sold out venues across the UK this year. Following this, with their debut ‘mini album’ “Sound Of The Storm” released on Communion Records paired with a slot on T in the Park’s BBC introducing stage, the Glaswegians made it on to the cover of Rolling Stone Germany; being titled as “raunchier fleet foxes”.

Recently, this Glasgow based-harmony perfect-heart warming-strong performing-foursome have recently announced dates for an upcoming US tour throughout November, where FFS are sure they will take America by ‘storm’. 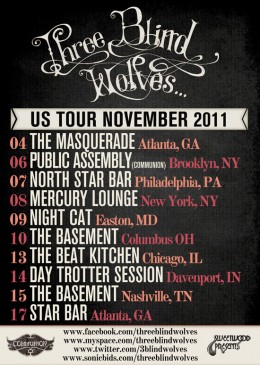