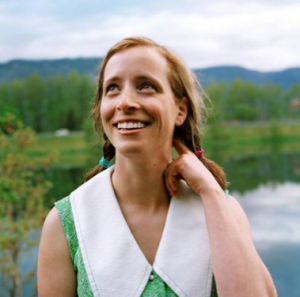 Laura Veirs’ July Flame was one of FFS’s favourite albums of last year. And as if her feminist-punk past didn’t leave us fully smitten. Laura’s superwoman-style touring – first uberpregnant and then with baby Tennessee in tow – gave us yet another reason to love her.

Now following on the baby theme the Oregon-based chanteuse has announced her next album will be a collection of folk songs for children called ‘Tumble Bee’ recorded with her producer partner Tucker Martine.

The album is released on the always excellent Bella Union on 7th November.