Liverpool’s Matthew Moss has recently put out his second self-produced EP I Am Gone, a five-track collection that comes with an attractive animated film. But how does the music sound? 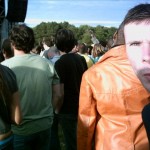 Shaun McCoy: Liverpool folk-rock artist Matthew Moss presents a quintet of jaunty and haunting songs delivered with warmth and nifty string arrangements. It is an EP of free-flowing ballads featuring the ying and yang of forlorn thoughts and heart felt optimism. Summer Sanctuary is a bright and airy. I sense it is Matthew’s take on Salisbury Hill. The contentment and the tranquillity felt from a summer get away. Soldier touches on the lives of those affected by the modern scars of war – the soldiers and those around them. Everything comes together to form a highly thoughtful and sympathetic tribute. 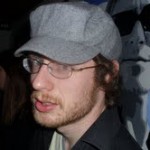 Tom White: Detractors of folk, and acoustic music in general, will often be heard levelling accusations of blandness at the genre. While unfair on the whole, there are occasions when these claims have a basis in truth – and sadly, Matthew Moss provides one such example. The signs are not encouraging as Key To The Lock, the opening song on his five-track I Am Gone EP, offers such startling lyrical insight as “Oh to be happy, oh to be glad/Anything’s better than being sad”. Things do improve – Vices starts promisingly with the line “You have many of the vices I would like/But I am a coward, try as I might” but never takes flight from that point, while Summer Sanctuary brings an enticing taste of electric guitar but lapses too readily into repetition. Soldier is the most interesting track lyrically, the protagonist haunted by events he has witnessed, and provides the collection’s high point – but segues into a hidden track featuring the frankly ludicrous claim “I was born in the spring of a cold, cold winter”. Worse even than that, though, is the moment on Moving On when the harmonica kicks in – and all but drowns out Moss’ voice. This, remember, is a finished EP rather than a collection of demos. Moss is not without merit – his voice, when heard above the instrumentation, is pleasant enough and he shows occasional glimpses of promise – but I was left feeling decidedly underwhelmed.

Ian Parker: You feel a pang of regret listening to Matthew Moss’s music. There are hints of what he might be capable of, but you have to dig deep, and it’s not easy. And the problem, unfortunately, is one for which there is no easy fix. He simply has a flat voice. Tracks like Summer Sanctuary, with its Beta Band-esque vibe, show potential but his voice cannot carry the song. On something like Keys To The Lock, which is a fairly flat song to begin with, there is nothing at all to get in to, while Vices shows the framework of a good song, but there is not enough meat on the bones, it’s too slow, and you drift off.

Check out Matthew Moss for yourself here.