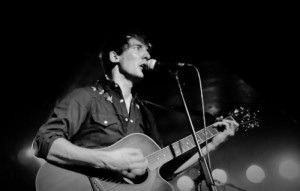 So far, all we have to go on for Manchester singer-songwriter Mathew Gray are a handful of bedroom demos. EPs are on the way, so the panel took a listen to see whether they’re likely to be worth the wait.

Louis Gilbert: Troubadour troubles- sometimes dour, sometimes a trouble that no man can reach. However with this young songwriter, there are lots of positives. There are echos of I Am Kloot in the voice and also lyrically shares some Billy Bragg especially in the song Romance Is Dead. Gray carries a good story which makes a refreshing change from this very over populated and subscribed genre. The finger-picked guitar carries the melody of his song’s without dominating his soft voice.

Alice Sage: The charts could do with a bit more of this. Live, his voice has the wild, desperate feel of a drunk crying (his demos are a little flatter), while the sparse background singers on ‘the crocodile’ are pure genius. His lyrics are sometimes contrived and his earlier tracks are fairly low-key and unmemorable. However, I laughed out loud at Romance Is Dead and overall, his new songs are the kind of intelligent fluff that pop music used to be. At his best he sounds like Dylan singing Dire Straits. It’s not brilliant but it’s hard not to like.

Ian Parker: As soon as the harmonica kicks in on The Glass Mistress, the first thing you think of is Bob Dylan. It’s unavoidable. You can also tell that Mathew Gray hears it a lot, hence the listing of “Bob Who?” under his influences. And yes, there’s plenty of Dylan here, particularly on tracks like The Crocodile, but there are more modern influences too. So far, Gray’s myspace only features live recordings and bedroom demos, but there’s already an accomplished sound, and the forthcoming EPs should be well worth a listen.

Check out Mathew Gray for yourself here.