Joni Mitchell and Bob Dylan have had a bit of a spat, and there’s nothing worse than our folk mum and folk dad fighting. We’ve declare this week ‘Joni Week’ to make sure ma knows she’s appreciated. 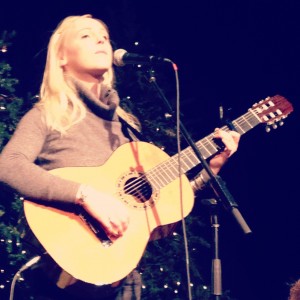 Laura Marling says: “Court and Spark was the first album I owned that I listened to over and over. Its actually quite easy listening, the lyrics are simple but striking and the craftsmanship of the entire album is really special. She bridges a few gaps between genres she later went into with more depth, so it’s the one I always come back to, but it’s closely followed by Blue and Hejira.

“I remember my father playing me Same Situation when I was a nipper, and saying how nobody since has done melodies as well as Joni Mitchell. I concur. The thing that most affected me was just her resonance, and that is something she must have been born with.” 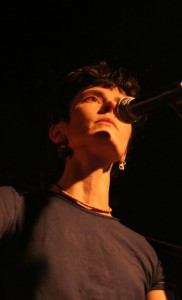 US anti-folk legend Diane Cluck says: “I’ve never covered any Joni Mitchell songs, but I’ve enjoyed singing ‘Help Me’ since I was a kid in the 70s.  The melody was swooping and fun to sing, and I imagined whoever was singing it was the gentle sort of man I could fall in love with. She continunes: “I read an article about the ‘Dylan slam’ and have to believe that if she was quoted correctly, she was being defensive and silly.  Both she and Dylan have made great music, neither is more fake or authentic than the other, and no one needs to justify changing his or her name, in my book !”

Louis Gilbert of the Dufflefolks says: “I came across ‘Car on a hill’ quite by accident. I had known the singles of ‘Court and Spark’ due to a greatest hits. I subsequently found the album in a charity shop and bought it. When I got home’ Car on a hill’ really entranced me. It moved on from the confessional Joni Mitchell I had been used to on ‘Blue’. It seemed like she was having fun. The evocative lyrics deal with a high school crush waiting for her boyfriend to pick her up ‘I’ve been sitting up waiting for my sugar to come’. However the earnest nature of ‘Blue’ was not completely gone with the line of ‘He makes friends easy, he’s not like me’. With the amazing jazz infections of this song, you can feel her anxiety as she waits with sympathetic trumpets, electric guitar and piano.  A true storyteller’s classic.”

FFS writer Katie Carroll says: “I fell in love with Joni Mitchell somewhere around age six. I was singing along to “Woodstock” long before I knew anything about the iconic music festival; I had no idea that the pigs referenced in “California” weren’t actually farm animals. All I knew was that these songs were beautiful and expressive, and they were my childhood. When I was about nine, I was able to attend one of her concerts (my very first!) at a massive venue in northern California. It was a bittersweet moment for me: the songs of her early days, those I knew and adored, were sadly absent from her set. Looking back, I realize that she was no longer the woman who had once sung of Chelsea mornings; Joni was someone who had lived, loved, and lost. In the twelve years since then, I’ve grown to appreciate her musical transformation—and that sense of emotional resonance, when you hear yourself in a piece of music, has only gotten stronger. ” 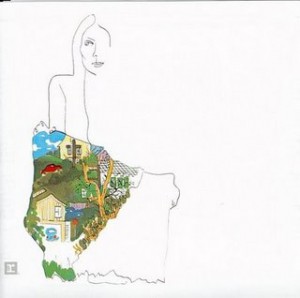 Ladies of the Canyon

FFS’s dad Alan Roberts (who bears full responsibility for FFS’s love of Joni) says: ” I first heard of Joni Mitchell through Ladies of the Canyon. It was a stunning album. Every track has a beautiful melody. After the initial impact, the album gets better with each listen. the powerful emotions and the narrative keeps your attention. ‘Morning Morgantown’ is an evocative description of small time America. ‘For Free’ is a wonderful description of the effect of a pavement musician she sees on her way to perform at a big venue concert. The next four tracks are intensely personal and emotional. The atmosphere is lightened by an early protest on behalf of the environmental movement and rounded off by a tribute to Woodstock and a reflection on life. The album still brings goosebumps. I subsequently found her earleir album Clouds. It is also a very good album, but don’t have the consistent excellence. Blue, the big commercial success is also a great album, but LOC pips it for sustained perfection”